19th=Full Moon - Blood Moon Lunar Eclipse 1st in a century and the last for nearly 900 years.

On facebook today, I posted something after having a flash of a memory.

Does the plea matter? Look him up on facebook. Mike Porco, The Dean of Folk City. My request is there. Please come back, Baez, to be a voice.

I do not speak for Mike. I speak for me and my times. Could he have pictured business in the city LARGELY shut down? What would he say? I know only how I feel about it.

LAY OFF THE FUCKING KIDS

I'm asking Joan Baez (or just plain anyone major) to come back to NYC and save the children.

They are being asked to sacrifice more at the alter of covid closures and bottlenecks.

The current mayor is requesting that 5-11 year olds show 'papers' or proof of their vaxx. Sound eerily familiar. Don't lie to yourself. NAZI tactics based on fear can lead to.... Their survival rate is 99.998%. Wake up.

I used to care what the reader here thinks but things have changed.

They have already lost their socialization skills. They have lost precious education and development of all kinds. Social contact, speech, sports outlets, music skills, language. Five to eleven year olds? If one of you dare say 'it's to stop the spread'.....I swear.....

Joan Baez (my chance 11.11.2011 meeting with her at Foley Square) is an example. I do indeed beg her specifically to return to NYC NOW to make one appearance. One. 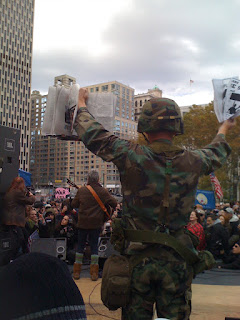 OCCUPY Wall Street
Ancient history.
In the distant past, New Yorkers gave a shit
and defended their future.

But it could be anyone. One super star. One. If one were to come and stand up against the irrational claim that schools must remain limited and segregated, it would ALL be over.

ALL OF THIS BAD ENERGY forcing businesses to close and bow to corporate rule.

Kid have lost their TEACHERS. Let it sink in!

LOST TEACHERS. Not from an illness but from a man-made decree. (not a law) No jab, no job. Starve to death, and sacrifice the children's abilities and education.

For those who have not been in NYZ recently, let me tell you, the rats are growing up to beaver size.

The garbage is piling up and the garbage men are calling in sick in opposition of mandates.

The crime is random and wild and the cops are calling in sick in opposition of the mandates. Thousands of protectors have retired early in 2020 and 2021.

The fires are responded to in much slower time because of the closure of many fire houses. Thousands of protectors have retired early in 2020 and 2021.

Children have already died in fires near closed fire houses. Elderly are being beaten. People of all ages are being pushed into the subway tracks. Children (teens) cannot be out together or alone at night. It's risky. Shall I go on? The homeless, the grime, the boarded up ex-businesses, the empty streets....

New Yorkers reading this and denying this list can fuck off because that's what New Yorkers who don't see the obvious should do. Fuck right off. Defend your city. Stand up or fuck off.

Crossing the street is risky. But reopening schools and allowing the city to function will only lead to true normalcy. It's not risky to anyone's health. Your definition of 'new normal' may also fuck right off with you. The IQ of the world's children has crashed.

This city needs to breathe again and live. If not, it will die on its knees.

If not Baez, then who?

If not a music superstar, then what industry star? Basketball? Hollywood? It's too easy to 'cancel' any one on earth. Politicians won't stand up in Foley Square and demand a lifting of all mandates because they WANT TIGHTER CONTROL. It's their reason for living.

If a superstar stood tall- one superstar on one grand day- this travesty would be declared over by the people. Together we would figure out how. If any one here says...''bbbbut infection...''... you have a real problem.

If not now, when? 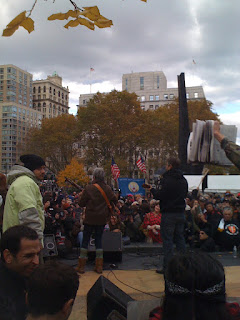 The above youtube link is all you need to know.

While doing my laundry, it came to me. Ask Bob to call Angelina. If Grandpa were alive I'd have to ask him for a favor. Do it now. Make a video. Upload it while everything is in the dryer.

My dear Mom and sister...they have also been in lessening contact with my girl. Not many comms.

I asked a family friend to call to no avail. If Dylan won't maybe Feliciano might because Phil cannot. Those would be the three Kings I could think of. I'd rather bring gifts to them than ask a favor. This may only take a moment of their day. 🙏🏼 I'd reach out to Baez but that would be too much.

Lesson. I'm learning a lesson. That must be it.

And that may be: Live life. Be there for your child. Pray for her protection. Because that's what works.

But if you'd like to get a lifetime of brownie points with your child, ask Bob. ❤️ 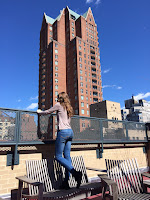 Are they trying to cancel Bob now?

Again I ask, are they trying to cancel Bob Dylan for an alleged event 56 years ago? 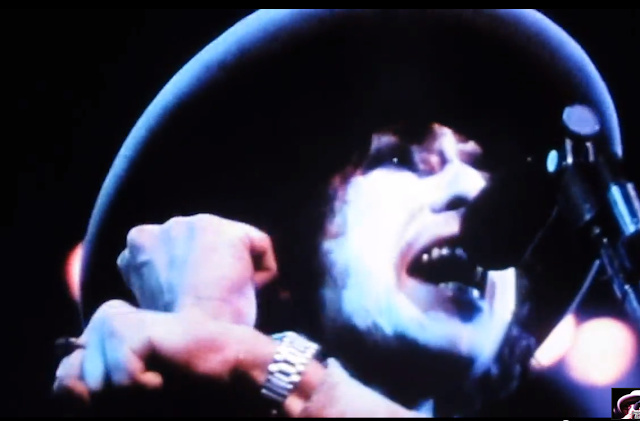 STEP OFF
https://iapps.courts.state.ny.us/nyscef/ViewDocument?docIndex=PCZoaLk/gBPFslAyJfbMAQ==
Posted by Porco at 2:39 PM No comments:

I damn near said get yer mammaries sent in the mail but no.
The UPS guy came through today for a thirsty brother. I received a warm 6 of 7% IPA (not that higher ETOH content matters) along with my very first tee from my virtual store.
Link here:
https://www.bonfire.com/store/friends-of-mike-porco/
When I buy my own stuff, it turns out to be a few dollars off my own purchase but for you, you get a tee and I receive a few residual dollars in some PayPal sort-a way.
It is worth the trouble for me to share these unique patterns and symbolic shirts because there is no inventory or 'store' for me to open and close. I can assure you that 100% of the proceeds are 100% guaranteed to go to feed the mouths of hungry children. 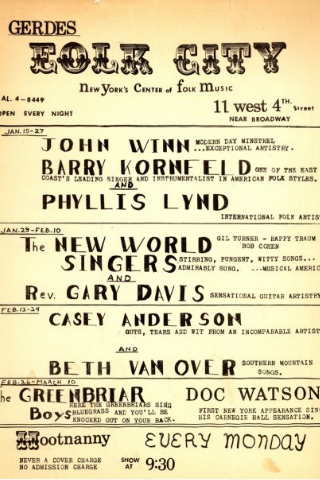 And let's be honest, the six pack is a representation of the total profits so far. Since it is in honor of my grandfather's bar,  I thought it was appropriate. Chin Chin!
By the way, this 21st amendment IPA is highly recommended if you like your beer with a little burnt cauliflower flavor. So fucking good.
CHECK OUT THE Store and see the designs. It's mostly ads from the Village Voice featuring Mike Porco's favorite sons and shows recorded there. See for yourself.
Help out. Show your pride. Get some beer.
When that foot of pride come down ain't no going back. 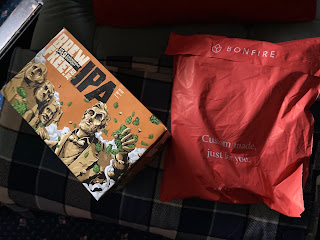 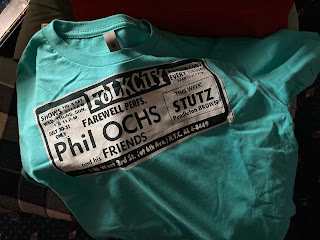 Custom made just for you

Be recognized by these exclusive and unique Tees. Show your support and spread the word about the world renown Folk Music Cabaret and Home to every Greenwich Village standout, Gerde's Folk City. Many friends of Mike Porco shot on to stardom. His good deeds and connections helped shape the sound of American Music history. 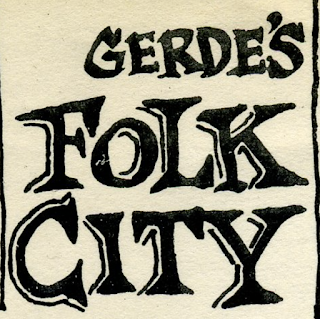 You can donate crypto:
ETH accepted at
gerdesfolkcity.crypto
friendsofmikeporco.crypto
ETH
0x52e78eCf40744f169BBB47348194195c4fb94aDe
BTC
bc1qpxpykj2astagw227m7jlgehq8t5fahhkwkmzy2
Posted by Porco at 8:37 AM No comments: 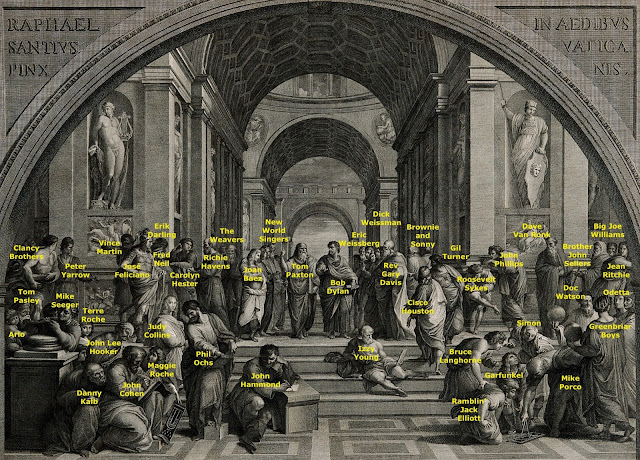 My impression (part) of who was passing through the original W4th Street Gerde's Folk City during the 1960s. Too many to adequately mention. None forgotten. Second location and 1970s not included here. (Yes, the Roches duo played West 4th!)
Rafael painted the original fresco in 1509 called School of Athens. (Forgive me John Sebastian and a thousand others for not getting ya in there)
Posted by Porco at 8:54 PM No comments:

I found a profound lesson about life in Moby Dick in Chapter 72.

Reading on a train just south of Tarrytown, NY.

Mike was connected to Gerde’s by a monkey rope. I’m connected to Mike’s deeds. Sonny Ochs is connected to her brother. Sharon D’Lugoff is tied to The Village Gate. Which one is here on earth grinding away? Which one is standing on the ship steadfastly holding on and which one is toiling on the captured game, splashing about with sharks at the ankle? I’ll let you know when I find out. Make your own determination🙏🏼)

“There is no staying in one place; for at one and the same time everything has to be done everywhere.”

“The poor harpooner flounders about, half on the whale and half in the water....the vast mass revolves like a treadmill beneath him.”

“The monkey-rope was fast to his canvas belt and to my leather one. It was humorously perilous business for us both.”

“So strongly and metaphysically did I conceive of my situation, that while earnestly watching his motions...that my free will had received a mortal wound ; and that another’s mistake or misfortune might plunge innocent me into unmerited disaster and death.”

“And yet still further pondering, I say, I saw that this situation of mine was the precise situation of every mortal that breathes.

If your banker breaks, you snap; if your apothecary by mistake sends you poison in your pills, you die.”

“By exceeding caution, you may possibly escape these and the multitudinous other evil chances in life. But handle the harpooner’s monkey-rope heedfully as I would, sometimes he jerked it so, that I came very near sliding overboard. I only had the management of one end of it.”

“Unappalled by the massacre during the night, the sharks now freshly and more keenly allured...swarmed round the carcass like bees in a beehive. The harpooner often pushed them aside with his floundering feet.

Suspended over the side, the hands continually flourished over his head a couple of keen whale-spades, wherewith they slaughtered as many sharks as they could reach. This procedure of theirs was disinterested and benevolent of them....those indiscreet spades of theirs would come nearer amputating a leg than a tail.

But the harpooner, I suppose, only prayed to his Yojo, and gave up his life into the hands of the gods.”

“But courage! There is good cheer in store for you.”