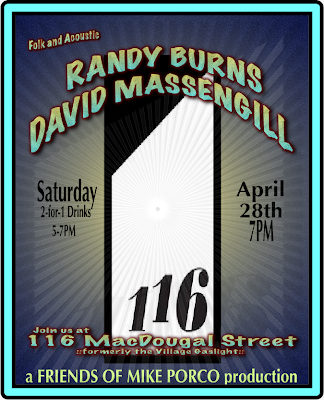 CHAMPIONS OF FOLK MUSIC REUNITE AT 116 MACDOUGAL STREET.
Join us for this one-time event hosted by FRIENDS OF MIKE PORCO.

RANDY BURNS was destined to be a Folk singer. After arriving in Greenwich Village in the mid 60s, he began like so many others before and after him. Every week, he played the open mic nights at the original Gerde's Folk City, The Gaslight Café and The Bitter End making friends and gaining an audience everywhere he went.

Randy holds the rare distinction of getting signed to a recording contract with ESP Records before playing his first paying gig!
Impressed by his talent, Clarence Hood, the owner of the legendary Gaslight, hired Randy as the permanent opening act. At only eighteen he was opening for some of the biggest folk stars in the country John Hammond, Tom Paxton, Dave Van Ronk, Eric Andersen, Spider John Koerner, Sonny and Brownie, Phil Ochs, Carolyn Hester, Washboard Sam and many others.
Later, Randy Burns and The SkyDog Band would tour under contract with Mercury and Polydor. Now based in NYC, he continues to bring generations of Folk musicians together by organizing Monday night song nights at the same venue where it all began for him, 116 MacDougal.

DAVID MASSENGILL came to New York from the Virginia/Tennesee border in the mid 70s with a mountain dulcimer, 5 original songs and a dream to make his mark in the world of American music history.

He would go on to become one of the more important figures during the revitalized "Folk Scare" of the 70s and 80s.

As part of the original New York Fast Folk crowd, Massengill forged an alliance with dozens of other aspiring musicians, including the late Jack Hardy. The pair formed the "Folk Brothers" and David continued to bring a slice of Americana to audiences around the nation sharing songs and stories like no one else can.

Burns and Massengill have crossed paths many times throughout the years- at Kenny's Castaways, Gerde's Folk City and on the road- but they've never played the Gaslight space together.

That will change on April 28th as these Champions of Folk music bring their talents to the stage for this historic evening.
Doors at 5. Show at 7PM
Two-for-one drinks 5-7.
$12 in advance. $15 at the door. SEATING IS LIMITED

Co-Stars John Goodman and Johnny (Ethan) Phillips and Garrett Hedlund were there. Hedlund and I shared a toast with whiskey. It was a great fu&king show. The 60 people sandwiched in there thanked me. Good luck, Oscar. 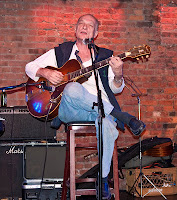 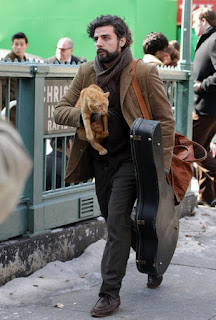 
Erik Frandsen gets his bread buttered from acting jobs these days, but acting is only one of the many talents he's manifested over the last 4 decades. As a teenager, he would travel into New York City to see and hear performances by some of the most influential Blues and Acoustic guitar greats ever to play Greenwich Village. By the mid-1960s, he had become one of those very people himself.

Another future Village legend, David Bromberg, went to the same high school with Erik. They sometimes would come down on the train from Tarrytown, NY to watch the amazing flat picking talents of Doc Watson. Erik remembers seeing Doc Watson perform at Gerde's Folk City just as Acoustic Folk and Blues music had completely wrestled the Village away from the Beat Society. A year older than Frandsen, Bromberg would be the first of the schoolmates to be hired by Mike Porco to perform at Folk City's hallowed confines on West 4th Street. Erik would headline eventually in 1966. Not long after that, Bromberg would go into the studio with Gerde's favorite son, Bob Dylan, to record with him on Self Portrait and New Morning. Erik would get his invitation from Dylan in 1976 to record, what became an outtake from the Desire sessions, "Catfish."

Along the way, Erik Frandsen had "earned his bones" working coast-to-coast as an accompanist, mainly to leading musician, Patrick Sky. Pat Sky left the music business in 1975, but Erik continued to work, not only as a touring musician, but as a playwright and actor. Acting is where Frandsen's true passion lies, but his encyclopedic song repertoire is as unique as his presentation of it on stage. Part comedy routine, part story-hour and part theater, his stage show is a sight to behold. As an oft used emcee at Folk City and many other clubs in The Village, Erik knows how to entertain crowds from all walks of life. It's his musicianship on guitar that makes people sit up and take notice. As his fingers crawl across the fretboard, he weaves original and traditional songs of lost love, witticism, romance in rhyme like few others ever to take the stage in Greenwich Village.

Oscar Isaac is a name that will soon be known more widely than just New York and Hollywood once Inside Llewyn Davis hits theaters. The Coen Brothers handpicked him to star in their ode to the Greenwich Village music scene for more than just his ability to play guitar on film. Oscar's standout performances in Robin Hood with Russell Crowe and Drive with Ryan Gosling surely had something to do with it. His characters "jump off the screen" as the viewer can plainly see that he is an actor who pours all that he is into his roles.

Being given the title character to play, Isaac has an opportunity to use his first leading role as a springboard to much greater success. He'll be supported in this movie by Justin Timberlake, John Goodman and F. Murray Abraham. All the characters in the movie (to be released in 2013), have roles replicating some of the most important figures in Greenwich Village during the Blues and Folk Revival of the 1960s. The Coens have taken artistic liberty by condensing some instances and events into a setting lasting one week and have only twisted some names slightly. In the movie, there is a "Jim and Jean," a Grossman character and, I'm told, a club owner with the last name of Porco (Hmmmm). Other than Bob Dylan, perhaps no other figure represents the scene in New York more succinctly than Dave Van Ronk. The screenplay for Inside Llewyn Davis has been adapted for Hollywood by the Coen Brothers using Dave Van Ronk's autobiography as a guide. Portraying a Van Ronk-type character means portraying "The Mayor of MacDougal Street."

Van Ronk was the resident master of ceremonies at the original Gaslight Cafe taking over the reigns from another luminary, Noel Stookey (Noel is better known as "Paul" in the trio Peter, Paul and Mary…but you don't need me to tell you that). It was there that Dave Van Ronk sized up, evaluated and corralled the brightest young Folk stars of the day and it was there where one could see him perform every week alongside some of the biggest names on the Folk and Blues circuit at the time. Many of the same musicians that played for my grandfather at Gerde's also performed for a hat full of dollars and quarters at the coffee-only Gaslight. Along with Dylan, names like José Feliciano, John P. Hammond, Phil Ochs, Peter Yarrow, Tom Paxton, Len Chandler, Happy and Artie Traum, Pat Sky, Buffy Sainte Marie, Danny Kalb and many others made the Gaslight world famous.

THE THEME OF THE ORIGINAL GASLIGHT RETURNS TO MACDOUGAL STREET

On Saturday, March 24th, Erik Frandsen and musician and actor buddy Oscar Isaac will add their names to the venue's historic line of stars and stalwarts of acoustic music. The new owners of 116 MacDougal pride themselves on offering professional musical events that are faithful to the former Gaslight's history. Oscar and Erik know how to bring life to the songs and sounds that made the Village great. But perhaps the most novel fact about this show is that it will be held in the very same space once occupied by the original Village Gaslight Cafe. The basement club has gone through many changes over the years, and is now trying to recapture attention as a place where people can go and hear live Folk, Roots and Blues in a living landmark. FRIENDS OF MIKE PORCO is committed to bringing the veterans of New York Folk together on stage with the younger generation of passionate musicians for older and newer audiences alike. Come and enjoy!! 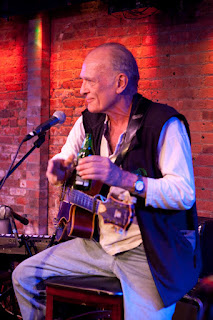