WE'RE ALL IN THIS TOGETHER

Those were Bruce's words to me. And they were Mike Porco's words
to many others.

And after that, I bid Bruce Langhorne a farewell. I told him I'd see him later in the Summer,
if all went well.
For the 7 hours before that, we spent quality time and shared many belly
laughs and tall tales.
The camera wasn't rolling. You'll just have to take my word for it.
We rehashed some of those old stories he shared with me for my film interview.
I had my computer open and
I showed him ALL of my footage and film assemblies,
which he loved to no end.
We listened to the Bob Dylan 'Cutting Edge' sessions where Bruce was holding down the
timing and rhythm for many songs in January 1965. 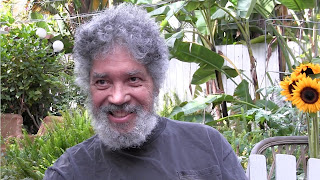 He talked about how Mike Porco was ''very important in my early career.''
We talked about the things Bruce learned from Mike while being the one man house band
for Gerde's Folk City back in the early days.
We talked about my stories and anecdotes of hanging out with
Izzy Young and others on my trip through
Mike Porco's past.
He understood that I flew from NYC
to his bedside to thank him personally,
not only for his time he gave me on camera in 2013,
but on behalf of my grandfather,
and he reciprocated his appreciation.
And then those words came out of his mouth…
the same words Mike would often use with all of his
'children' from Folk City:
We're all in this together.
I knew the room was filled with more than just the
two of us.
Thanks to Bruce. 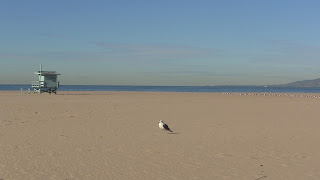 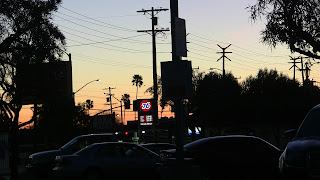