IT'S A HELL OF A TOWN

I'm sure it's true of any city.
There's always something to do.
But in New York, there just appears to be more to do
than in some other flea bitten towns, like Cincinnati.
Everyone should exercise their choice to do whatever they want to do.
This is what we did this weekend:
First, it was a grand time at the old ball game on Saturday.
I treated my Angelina to her first Yankee Game. They won.
Then Sunday was a Metropolitan Museum outing.
Several Picasos. Several.
Then Monday was the finale of Seegerfest spent in back of
Summerstage with the washed and the unwashed.
(I was unwashed)
And the sweaty. And free beer.
And Steve Earle and Harry Belefonte.
Remember to reduce and reuse.
And today, we bought some music to the noisiest street in the entire world.
It was stellar because it was fun.
Part of what we shot today will make it into the Folkumentary on
Gerde's Folk City.
What does Mermaid Avenue have to do with Gerde's?
Think about it.
Many thanks to Vince Martin, Dominic Chianese and Dom's buddies who made today's experience
special.
~Bob 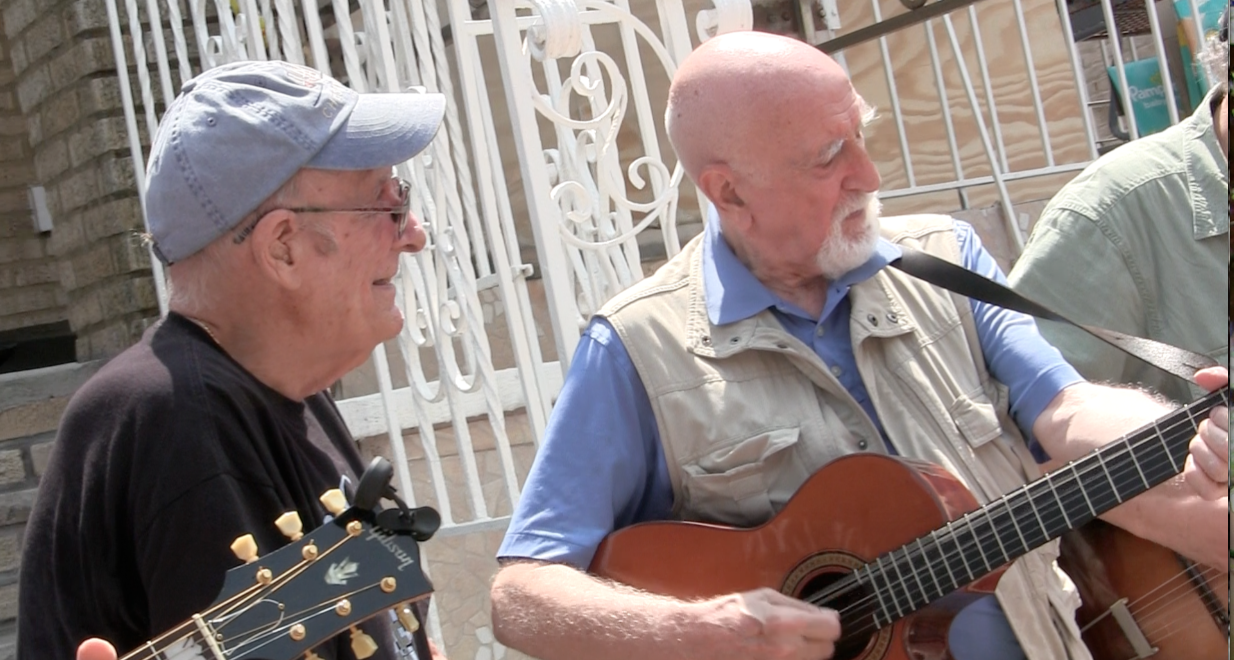 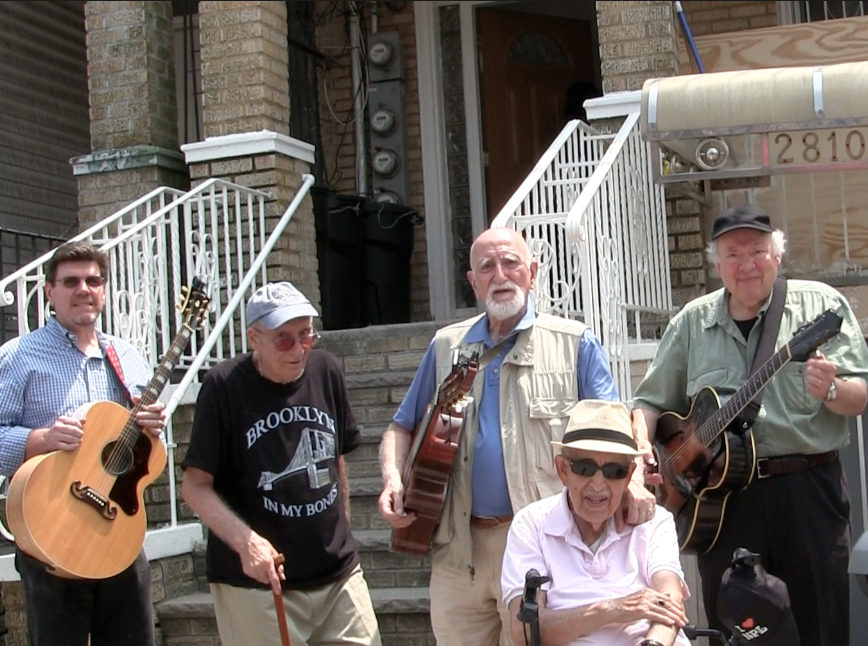 I'M GOIN' DOWN TO THE CROSSROADS

At this juncture, it seems that Folk and Blues music is having another one of those revival thingies. The same musicians who led the last one are leading this one too. People should see a bandwagon when they see one. Will they ever learn?

The seasons change and there's yet another huge music festival or event or museum feature or documentary or Folkumentary about the 'Village scene in those days.' Yup.

I'm part of the problem, not the solution. I'm making a film and I didn't have to quit film school to do it. Why didn't I figure this out years ago?

The film I'm doing is about Mike Porco and Gerde's. Mike was The Dean of Folk City. Gerde's was New York's Center of Folk Music. Fact.

Perhaps Gerde's is best described as the 'Living Room of the 1960's.'
or the 'Home of Dreamers.'
And Mike was perhaps the father to a star constellation. Your call.

Thanks for being me. Cuz my story is told in first person in the non-fiction sorta way. What I've got will knock your socks up and down, kid. Because of Mike's past good graces, it's a hit parade. To save you trouble, I'll pat myself on the back FOR you.

My role, as Izzy Young said, is to press 'record.' I've taken his advice. But I've jumped in with both feet. Oops.

It's been one summer since Pete and Toshi Seeger left us for pastures of plenty. Many of Mike Porco's friends will be passing through NYC this weekend for concerts and in true Folk form, all the shows are free. They're part of Seegerfest. A tribute. Folk music has an enormous walk-up crowd. It could be millions. Probably not, but it will be well attended.

Even without the physical presence of past organizers, the Seegers, the oral language and propagation of acoustic Folk music around the world has never slowed. It's probably larger than Pete Seeger himself could have imagined. Everyone, especially the musicians, become an equal part of it. Music needs listeners. Entertainers need a reason.

And my film needs more film! So I'm building a Field of Dreams and hoping that ''they'' will come.

I'm staging a shoot. The shoot will be on Mermaid Avenue. And it might just be me playing guitar at 2810. I hope not. Cuz my singing is off. I don't play banjo or twelve-string. But I'm going anyway. And I won't be alone. And I'll get to see Coney Island for the first time. And I'll get to have a wild subway ride back to Manhattan. And I'll get  to tell lies and stories about my day. What fun! I've invited several musicians. Need sunshine and not a box of rain.

And by the way, I've started a crowd fund site. Not my idea. But I've still got sh*t to unload. T-shirts, hats and my guitar. Some lucky duck already bought that guitar. (What a bargain!) 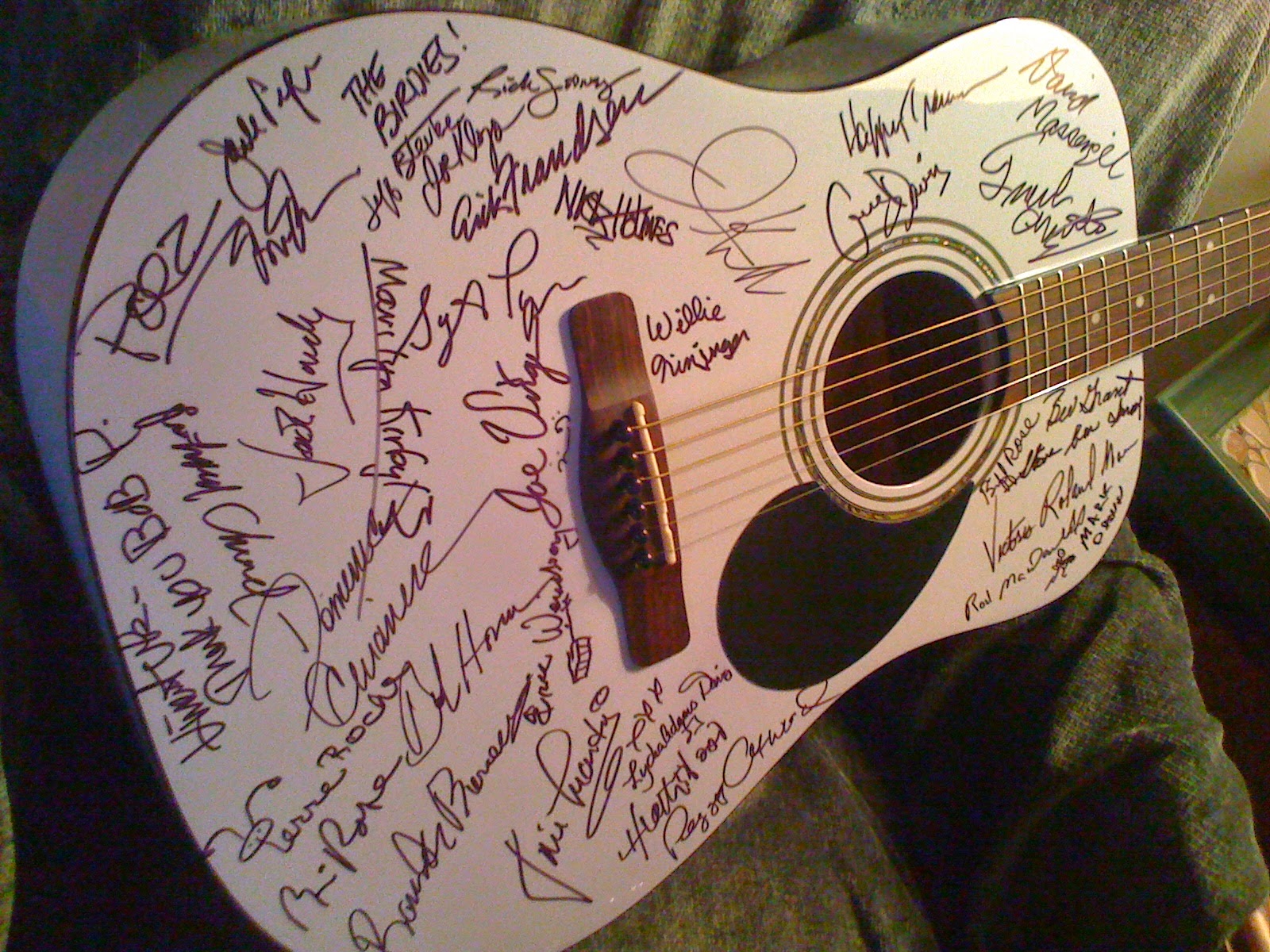 I don't even have a good forgery to offer someone else. But I have autographed photos of Israel Young. And 300,000 executive q-tips. And a cameo of your own for sale. Don't delay! Act now!

The Mermaid Avenue shoot will cost a total of two dollar and fifty cent. I don't need to hire Scorsese to make this film …unless he wants in. Like a Soho walk up, ground floor is the best real estate.

IT'S A FAMILY AFFAIR

THE definition of 'family' may vary person to person. Friends can be referred to as being 'like family.' Cats and dogs get included in family photos. So it should be no big stretch to learn that nearly all the musicians who were hired by Mike Porco were treated like family at Folk City.

In turn, many of the folks that Mike encountered during his lifetime also considered him as part of their extended family.

My grandfather has been described in several books as 'Bob Dylan's surrogate father' and even His Bobness himself called Mike 'the Sicilian father (he) never had.' Porco was from Calabria, not Sicily, but Dylan got his point across. All is forgiven.

Blood is thicker than the mud. I've undertaken the exciting task to tell the wonderful tale of this Italian immigrant's unlikely inclusion into the annals of Folk music history. He owned New York City's first Folk music cabaret and was the father to a thousand musicians and wayfaring strangers who sought refuge in the friendly confines of Gerde's Folk City.

His good karma has made its way into the modern day over two decades after his death. Because of his selfless effort, my task of making the definitive documentary film on Gerde's and Mike has been made a lot easier. Several fabulous personalities from the past have been gracious with their time and memories for my film.

Eric Andersen was the latest celebrity to pour it out about Mike and Gerde's. Others are still slated to be included. Only room enough left for the closest of Mike's friends. It will astound even the most staunch Revival historian. Folk City was, after all, THE Center of Folk Music in NYC.

What I need is YOU to make your closest friends and family aware of me and my project. I don't want to entertain tire kickers. I need professionals to put serious backing behind this film to bring it to audiences around the world. It's not just about Gerde's and Mike. There's more to it than that. It's about one family and their commitment to the 'scene' and the advancement of their art.

This crowd source site is not about giving out t-shirts to a thousand people. It only takes one person to turn the key. In the meantime, the making of this Folkumentary rages on. Be a part of it. Pass it on.
~Bob 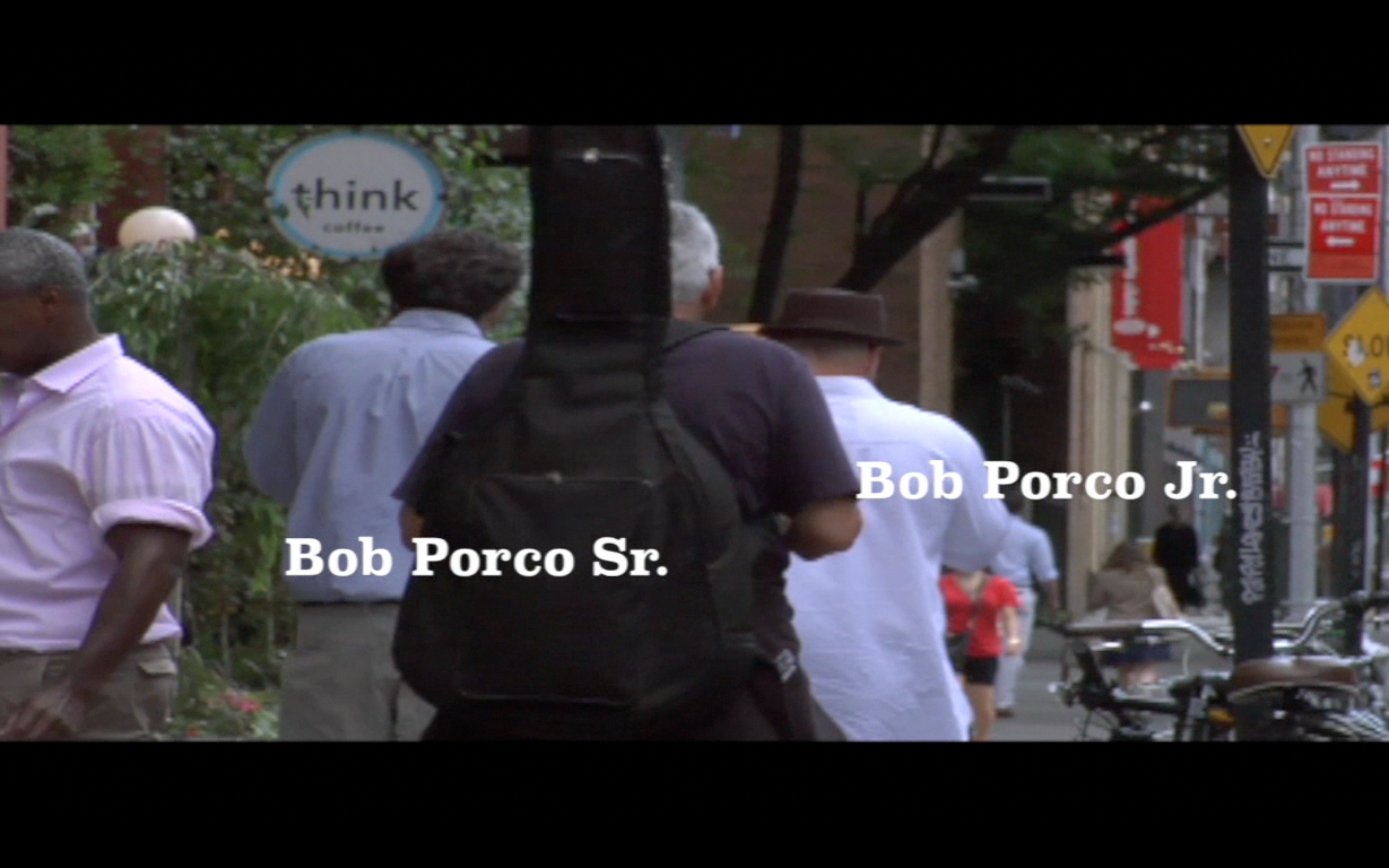 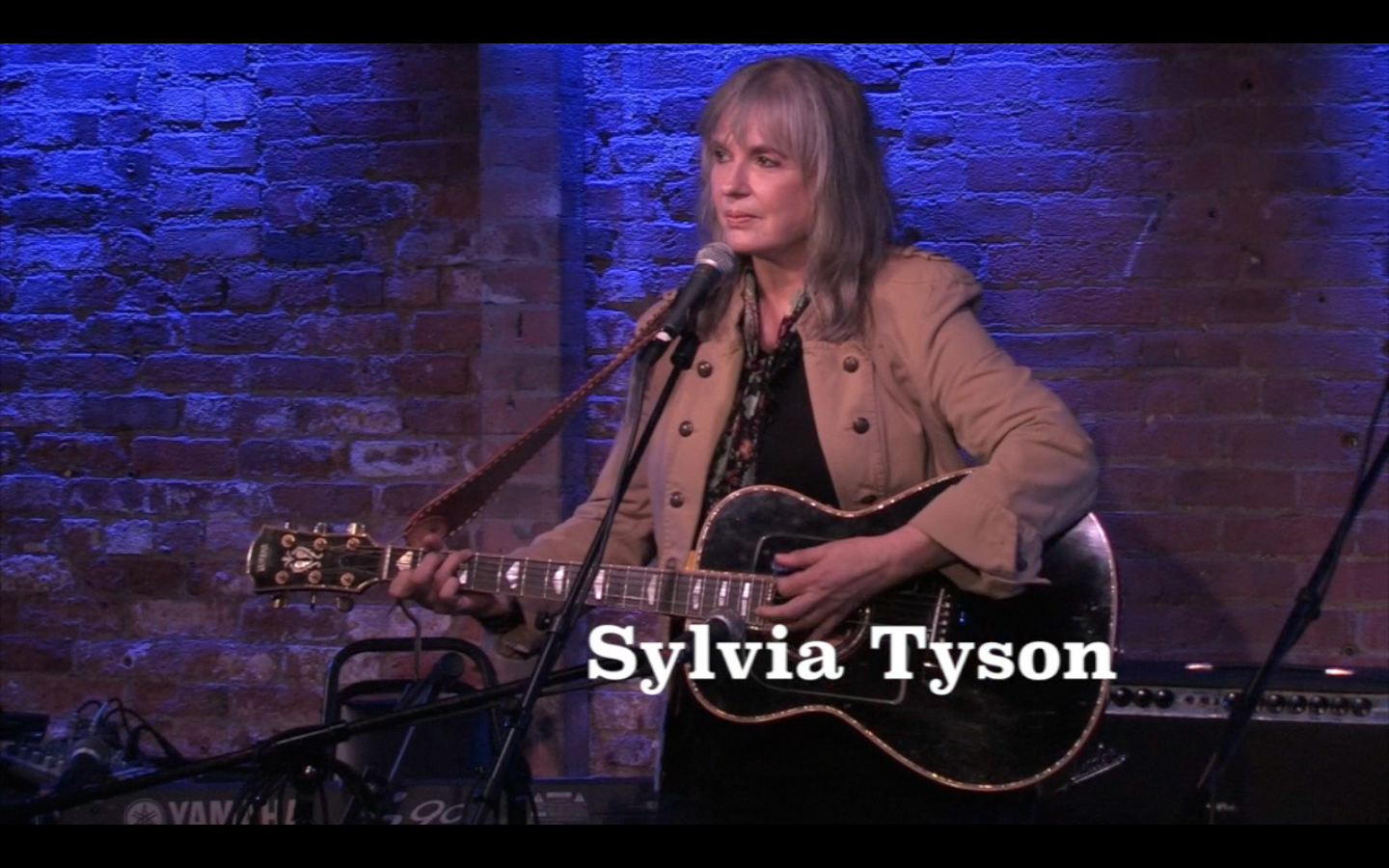 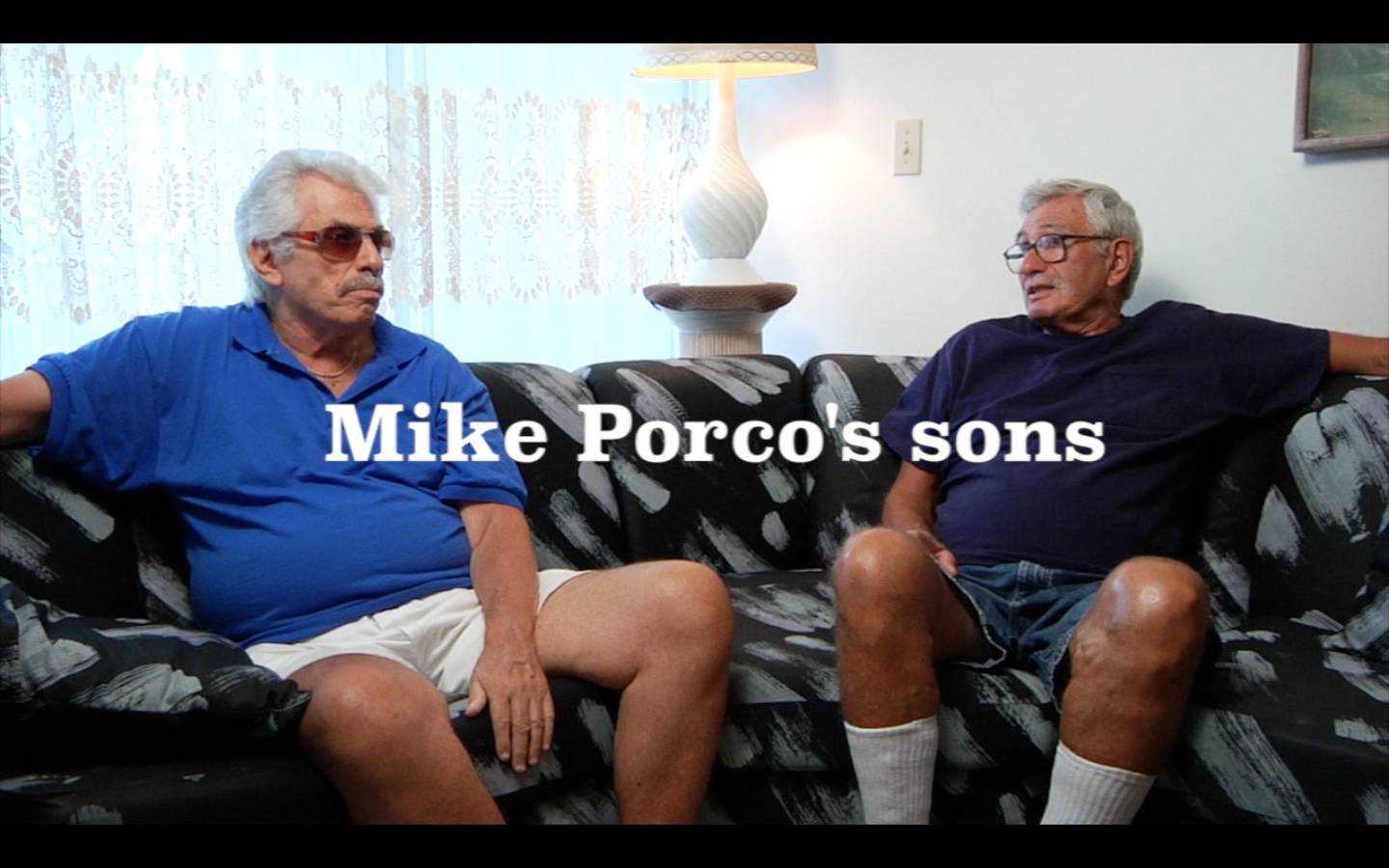 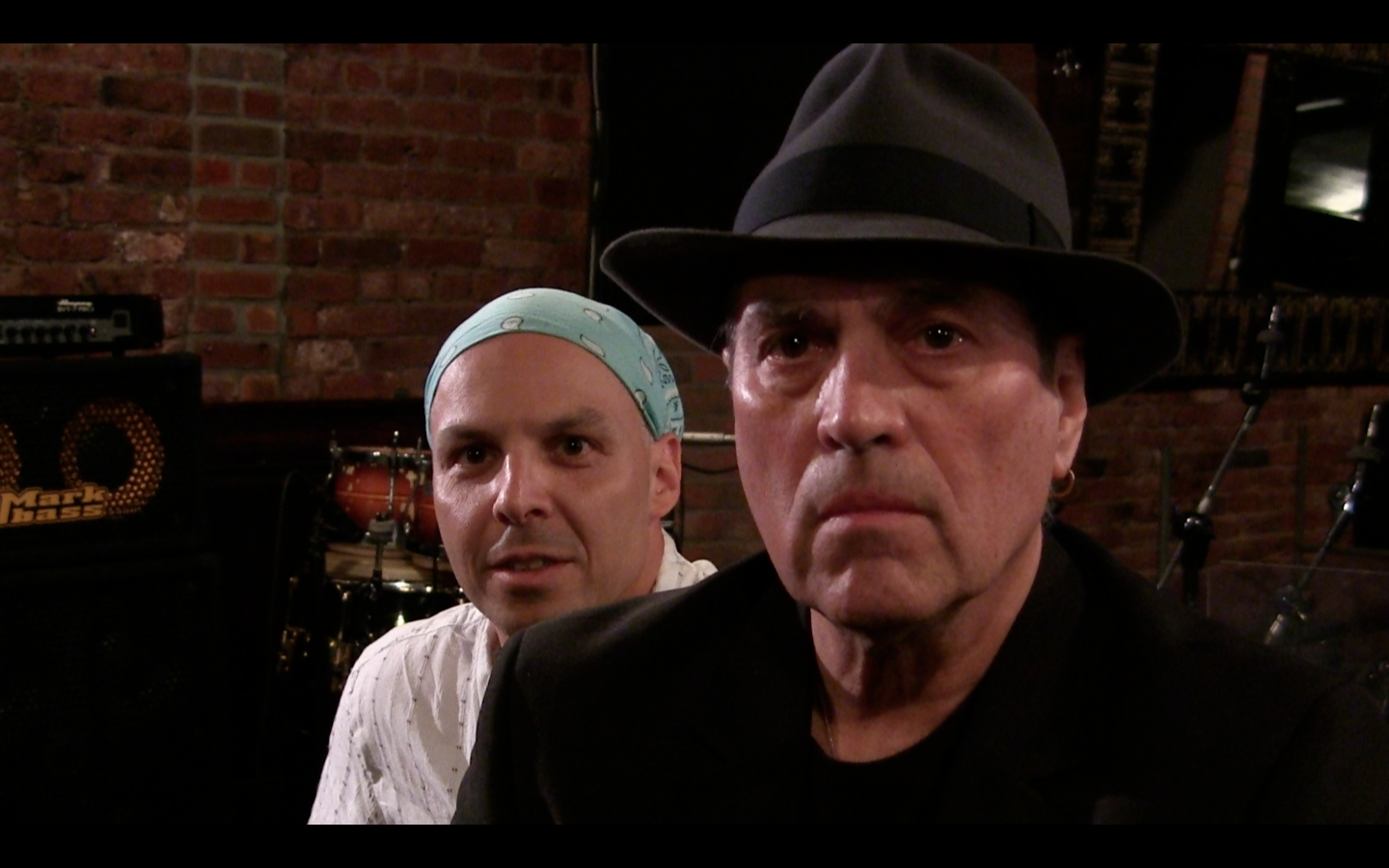 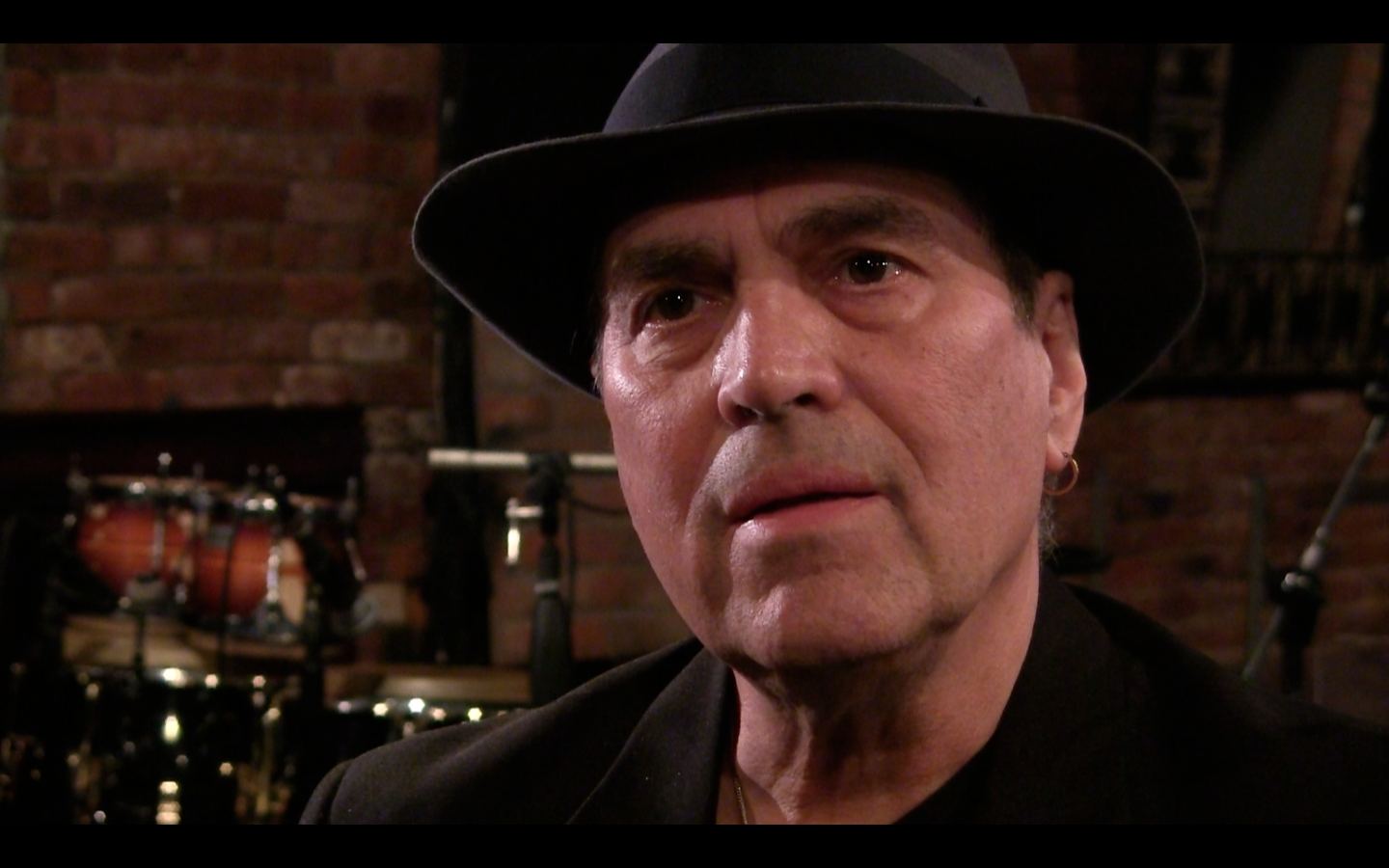 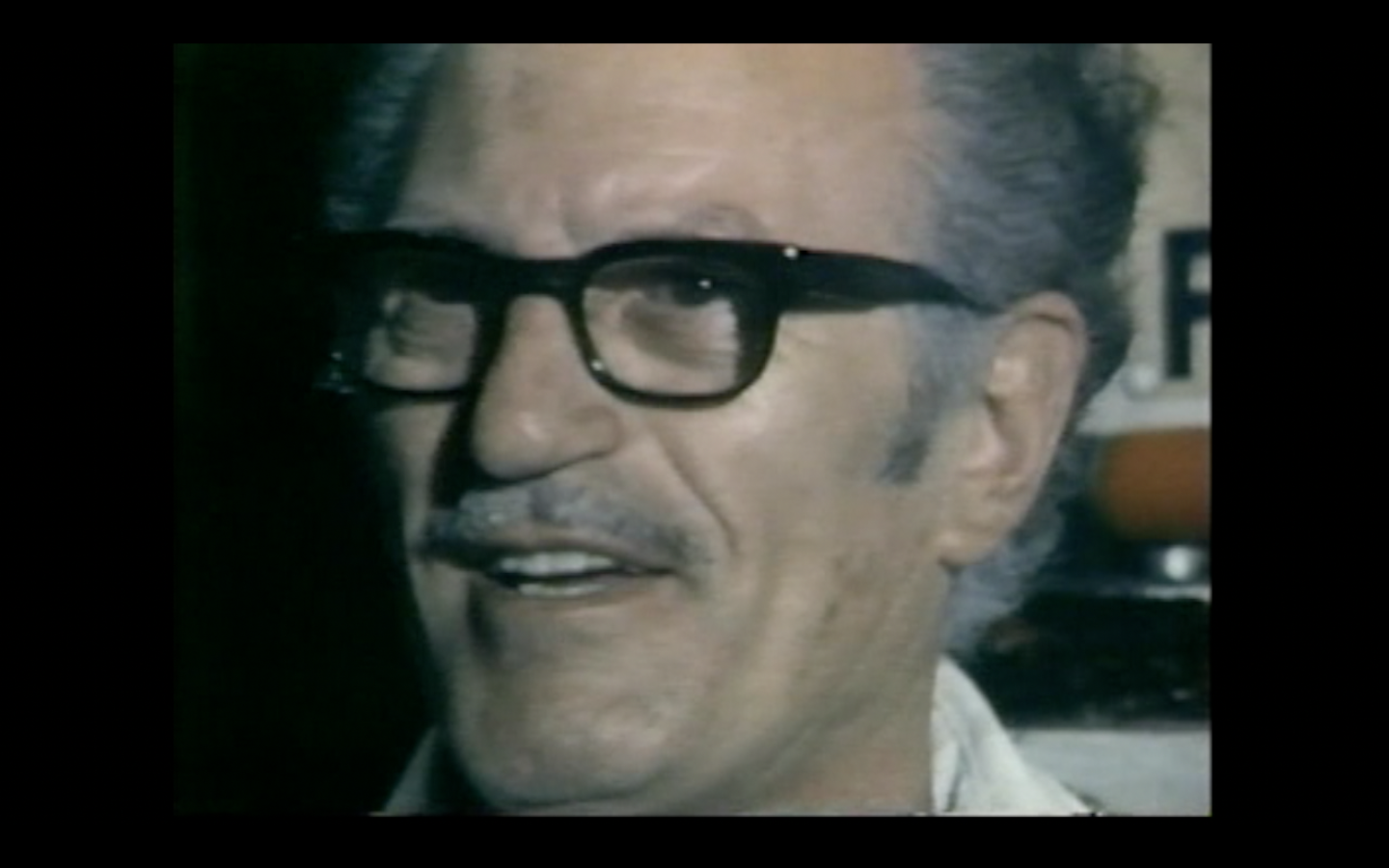