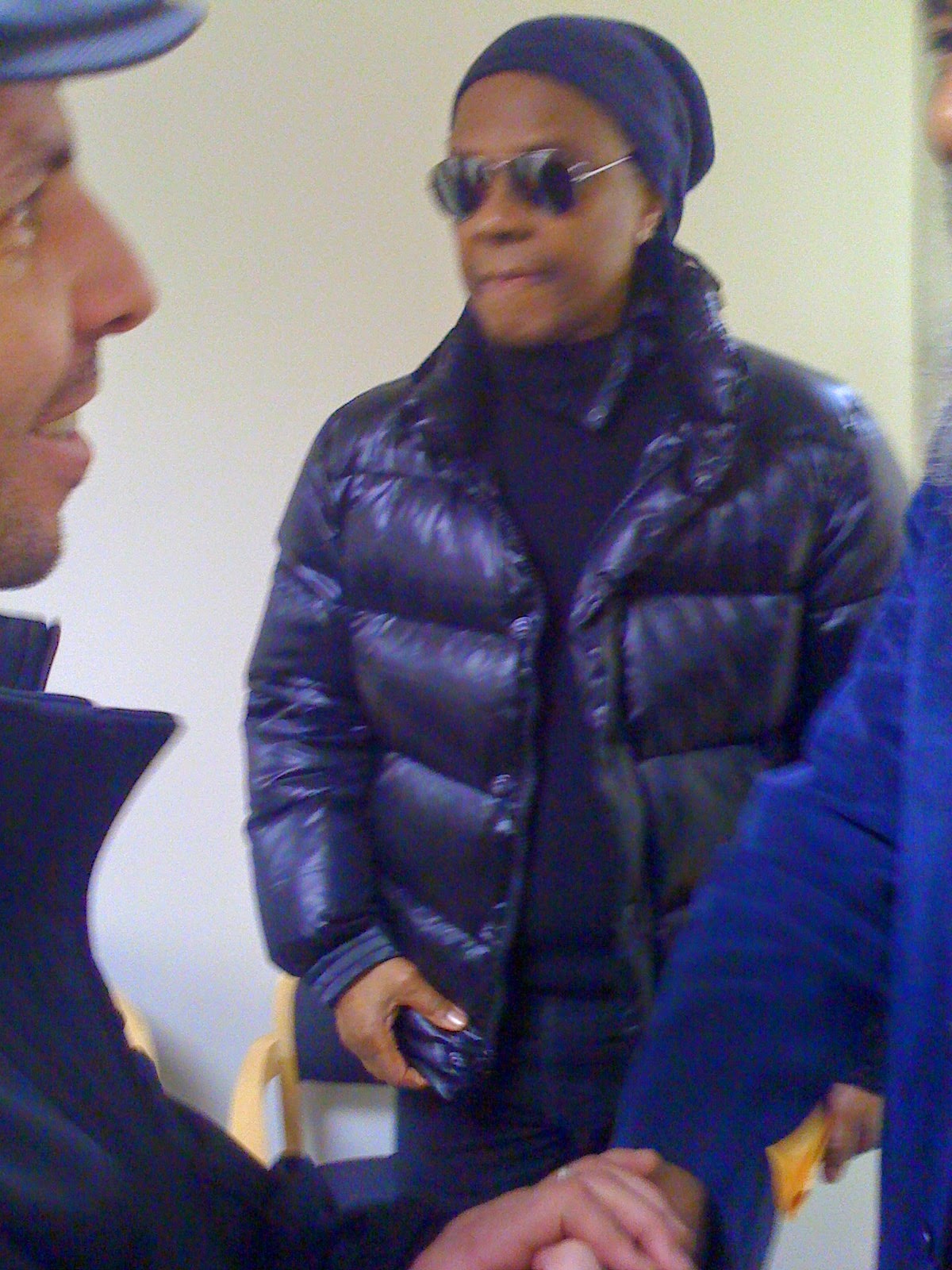 I was at the bar that was once Folk City on 3rd St with Vincent Vok. We were just talking. And he said, 'If you build it they will come.' He was right.

And later that night Vincent barged his way backstage at Carnegie Hall using, of all names, mine.

He was right on that scheme, too.

I was meeting with Happy Traum


and Eric Weissberg to interview them in person. I was just armed with a pen and paper for my interviews back then, but for some reason, I recorded Happy and Eric with my old DV cassette recorder. I saw it once. It's around here somewhere….

Exactly 5 years ago on February 19, 2010, I got the grand idea to host a 50th Anniversary concert for Gerde's Folk City.

It was quite a day. Unlike any other. And many of my days have since have also been quite unique.

Vincent Vok told me, "If you build it, they will come."

The party went off without a hitch, thanks to help from friends.

Later in 2010, I continued to informally interview many of Folk City's stable of artists. In 2011, not much happened. In 2012, I hosted a monthly concert at the Gaslight in Macdougal Street. In 2013, I started filming the documentary in Gerde's. In 2014, I marched on with the material I've gathered on Mike and Gerde's.

Along the way, cool things have happened.

One day, I ran into Peter Yarrow on Bleecker Street. Another day, I was invited to Arlo Guthrie's house to interview him. Another day, I spent an afternoon with José Feliciano. What happens tomorrow is anyone's guess. Joan Baez may fall in love with me... but I'm stretching it.

I have an idea of what may take place tomorrow.

Even if you don't believe in sending distant "POSITIVE VIBRATIONS" as my Rasta friend says, maybe just give it a try.

I was involved in- not one- but TWO meetings where the future of Positively Porco was sent down the road with more rubber under the cushion. It's all good. But I thought I'd ask for an extra dose of "good."

This isn't an "oh by the way, I happen to be raising funds for the film" kinda post. Just a mention that, your good wish will only translate in more entertainment for YOU some day in the future. You're welcome.

The film is a part of it but it includes more concerts, benefits for kids' music lessons and just more good-deed-doing in general. It's the Folk process- Porco style.

Five years ago, I didn't plan to meet Terre Roche, Suze Rotolo and Richie Havens all in one day. That's just how it happened.

As Uncle Bobby said on a recent album: "If ya see me go by/ put up a prayer" 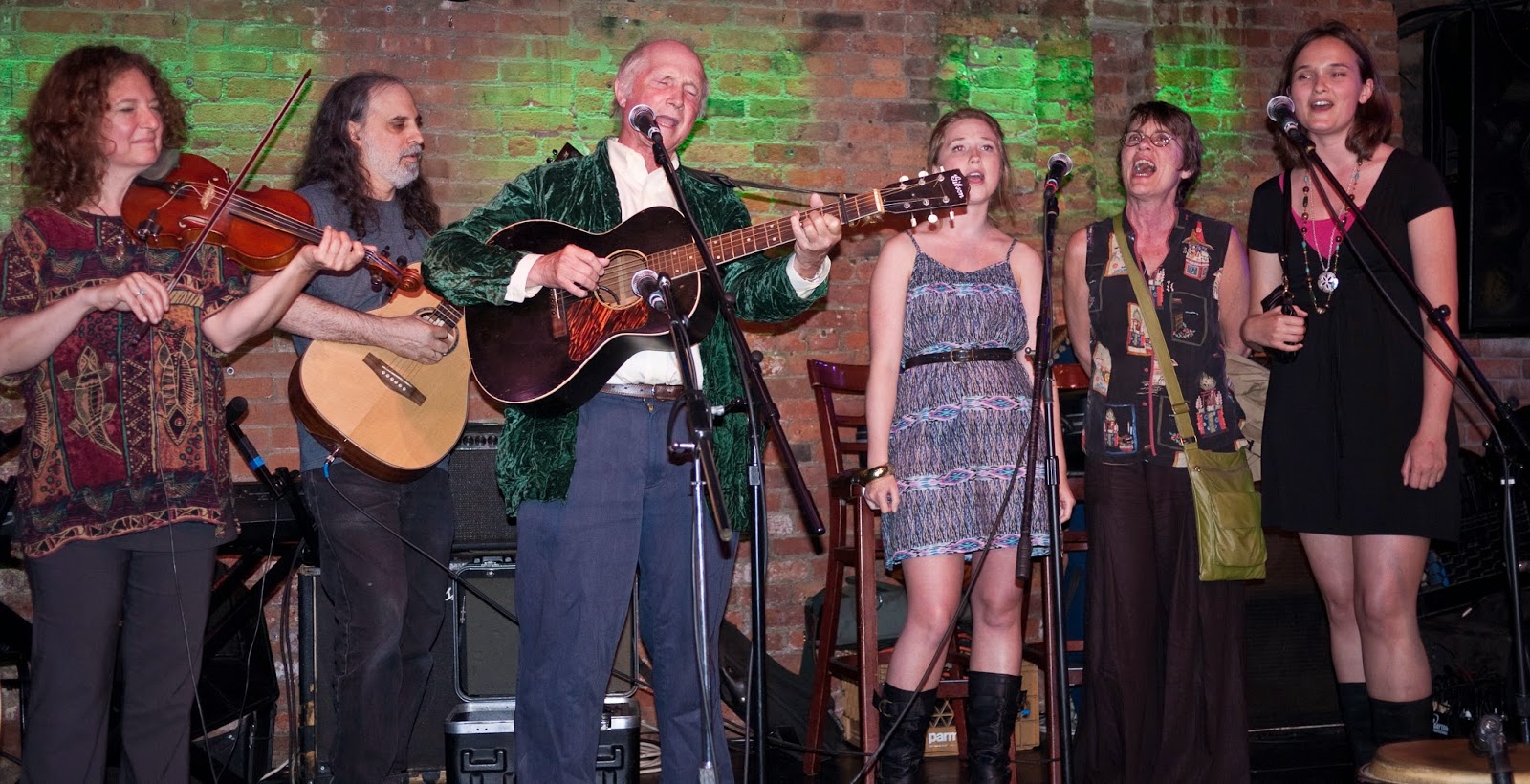 Richie Havens didn't make the 50th Anniversary. Neither did Suze.  Richie was touring and toured on until a year ago. Suze was ill, and that was the only day I met her. Just that day. Day one. 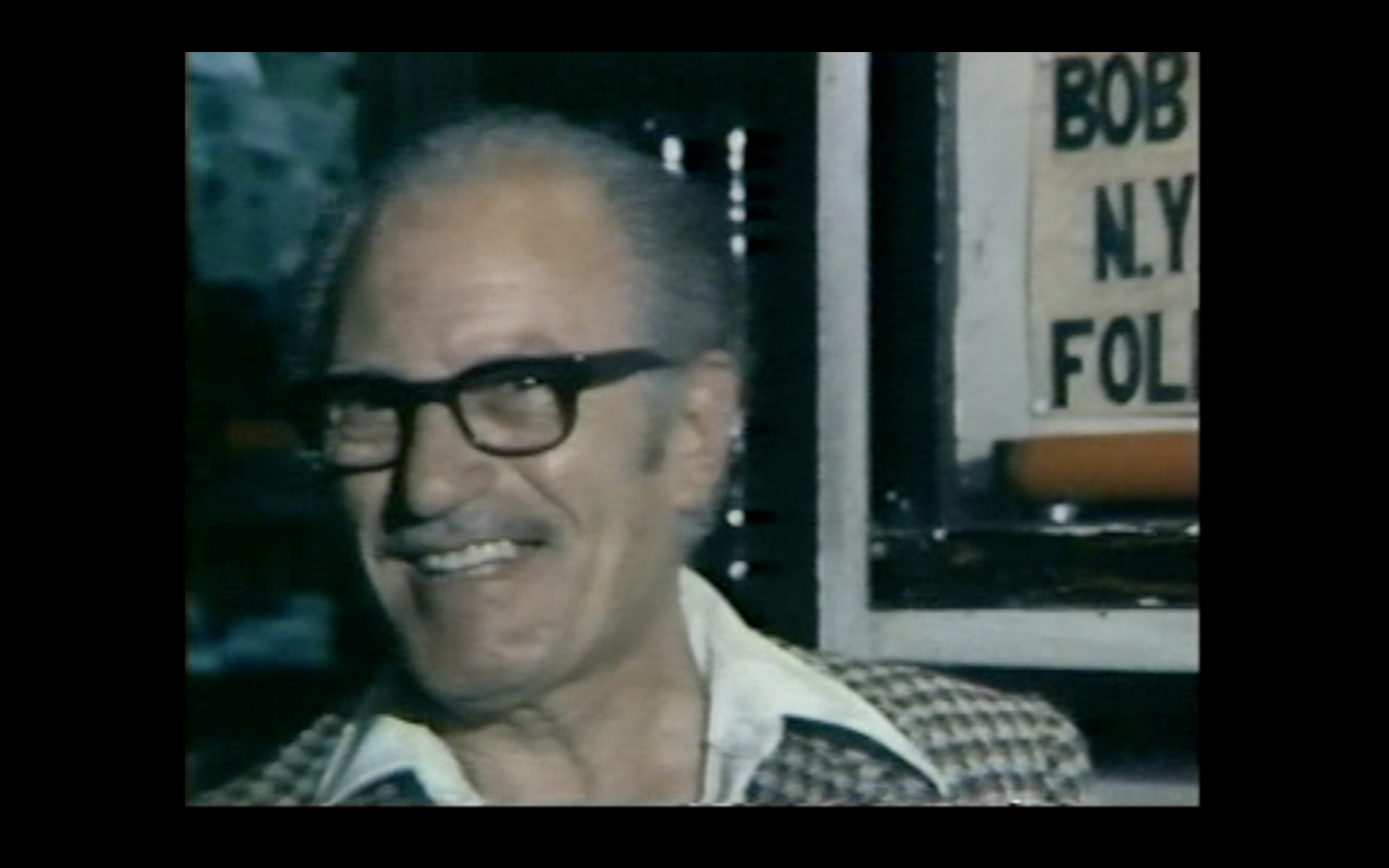 Yes, yes…It's become well known that Mike Porco was once one of the baddest ass characters from the 1960's Folk and Blues Revival. He owned and ran Gerde's Folk City and what makes it more unbelievable is that he never took the stage in his club to perform, he never recorded music and he never wrote songs. But what a baddass!!

Why??
Because he was the honest club owner in Greenwich Village. From what I hear, the only one. His fair treatment of all musicians kept them coming back for work year after year. People relied on Mike for work and he kept the doors open for 20 years thusly providing crowds with top shelf entertainment.

He is remembered fondly for a thousand other reasons. That's just one of the topics that will make POSITIVELY PORCO the most feelin'est goodest film you will ever partake in when you see it in 2016. The film stars Mike Porco and Gerde's Folk City. All his good friends report the whole truth to me on film and in the process, tell and teach me what it's all about.

Oh, and there's a ton of music that came out of Folk City. Hard to believe that a carpenter/cabinet maker from Calabria would one day be credited with practically inventing the 'Open Mic' free-for-alls that we so commonly see today. New York's Greenwich Village didn't have one until Charlie Rothschild, Robert (don't call me Shapiro) Shelton and Mike came up with the idea.

Here's Mike reciting the rules for the open mic:

The story of the Hoot….that's another story.

What most people don't know is that Michele Porco had a most unwelcome start to his life in America. Despite that, he 'made it.'

I'm positive he didn't envision, that in 1985, the City of New York would proclaim September ''Folk City Month'' and that he would be the Pope of Greenwich Village during his time there. And I'm sure he didn't think there would become a not-so-distant correlation between he, Woody Guthrie and Robert Johnson.

It all started with a journey on the Conte di Savoia. Mike Porco stepped foot in America 82 years ago today. Reports of his shadow went undocumented.

Below is my first 'Mike Porco Report.' 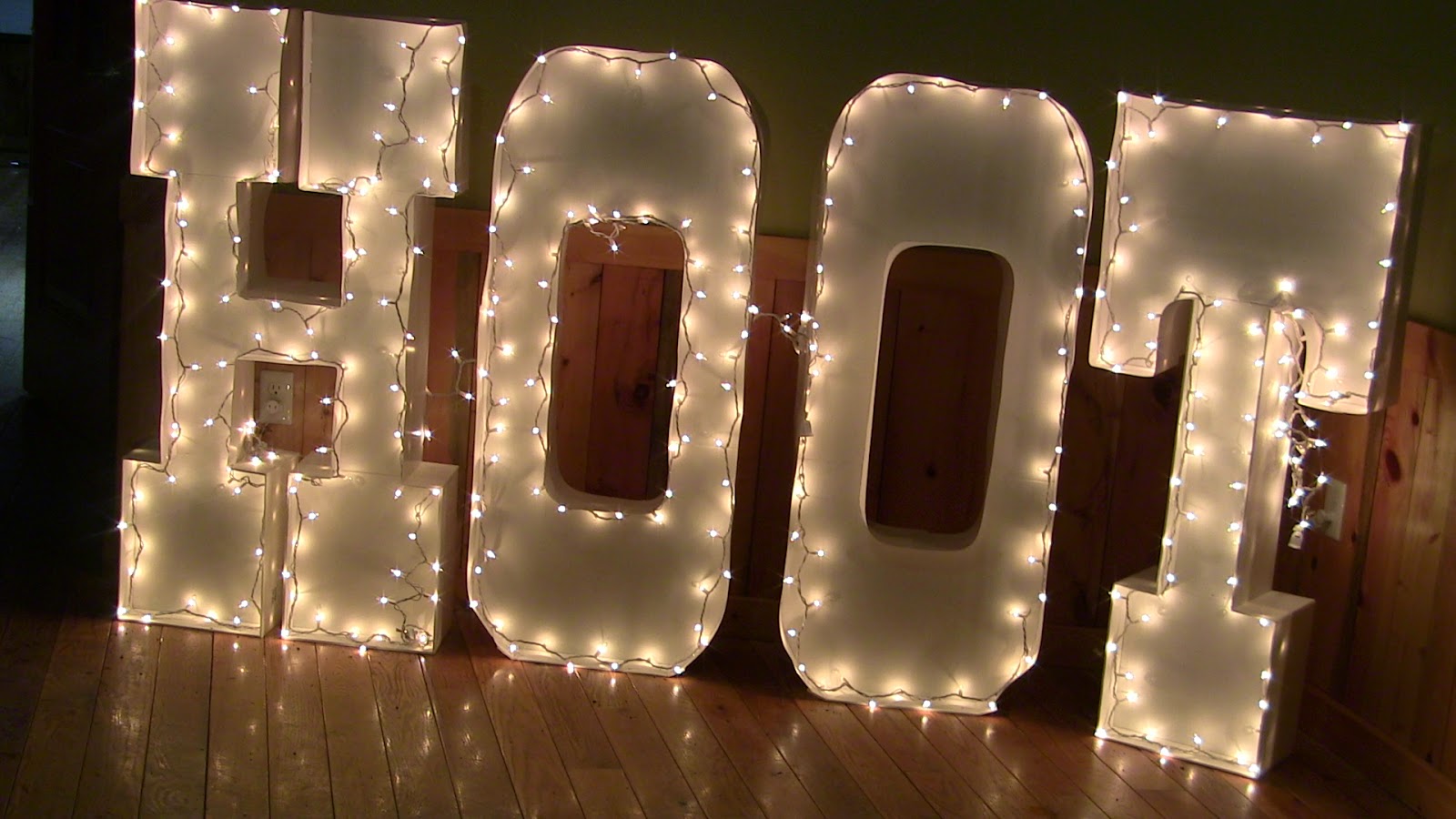 THE HOOT is a great concept. It's a community-based Folk Fest (aren't they all?) spearheaded by Mike+Ruthy, the fantastic songwriting duo from West Hurley, NY. Both have Roots and Blues in their soul and have made a great career with their skills. As friends of my own, I've watch them morph into local stars and visionaries while they raise a family together and produce infectious records. LOCAL is the key word here since West Hurley is a stone's throw from Woodstock and its surrounds.

The Hoot takes place in the Winter and Summer at the Ashokan Center where Ruth's father, Jay Ungar is music honcho. Of course, Jay and Molly are national treasures in their own right, and the family connections spread far and wide throughout the community. The 'community' includes folks like my daughter, Angelina, and me. We were there this weekend along with, what seemed to be, the ENTIRE Ulster County community. Frigid weather didn't stop hundreds of families and other music lovers from all around descend on Ashokan to enjoy several intimate performances, both in the great hall and in the intimate Pewter Shop: a small cabin where it's standing room only.

I'll post pictures from yesterday's highlight for me- A front row seat to watch friends of mine play with a friend of my grandfather, Mike Porco. John Cohen is known by thousands of Greenwich Village aficionados as Folk Revival original and one who was at Gerde's in 1960 when music first arrived. To see him performing with tomorrow's Folk Music preservationists was certainly a treat.

Amy Helm stood behind me as we watched the Downhill Strugglers: John Cohen, Eli Smith, Jackson Lynch and Walker Shepard. 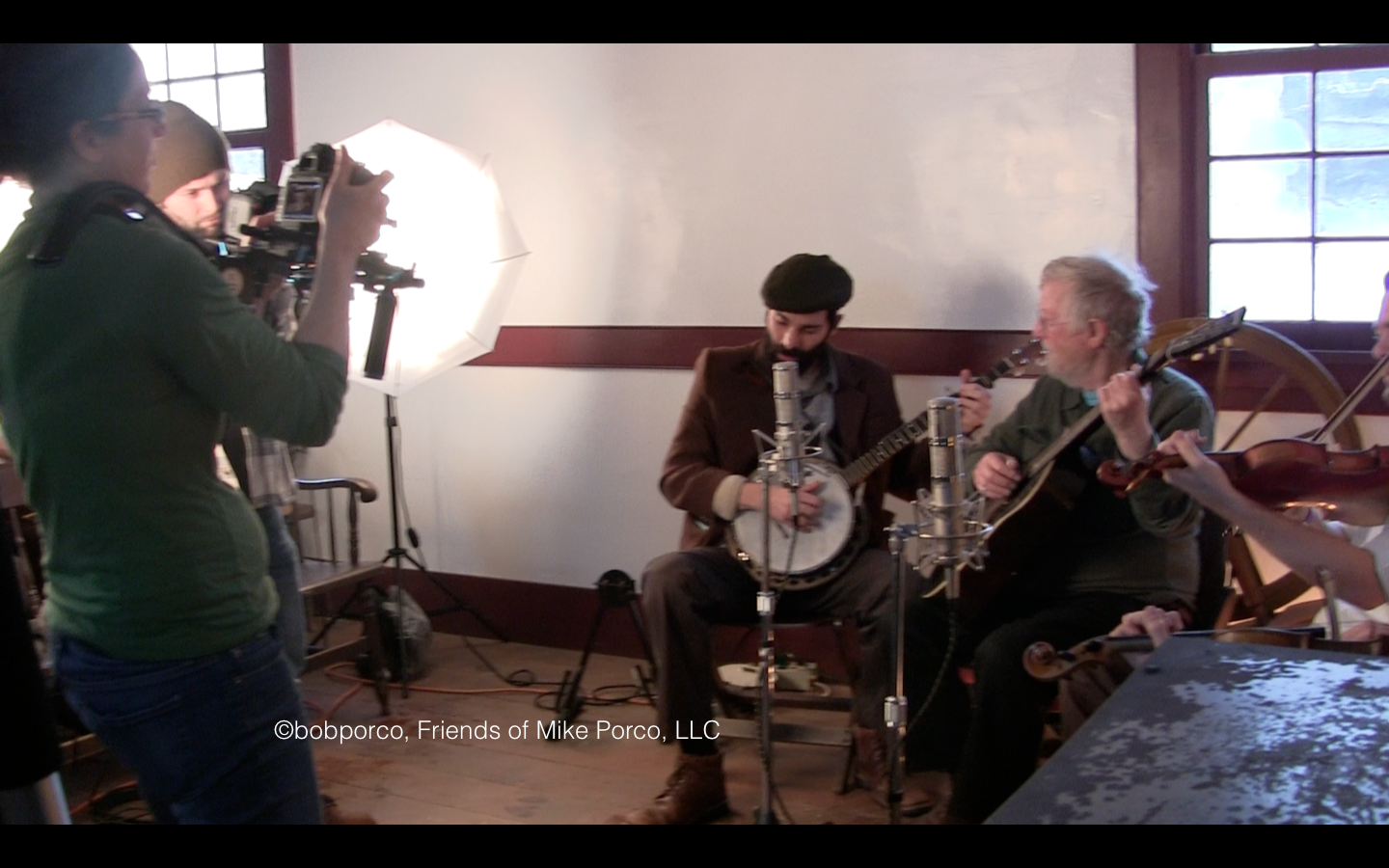 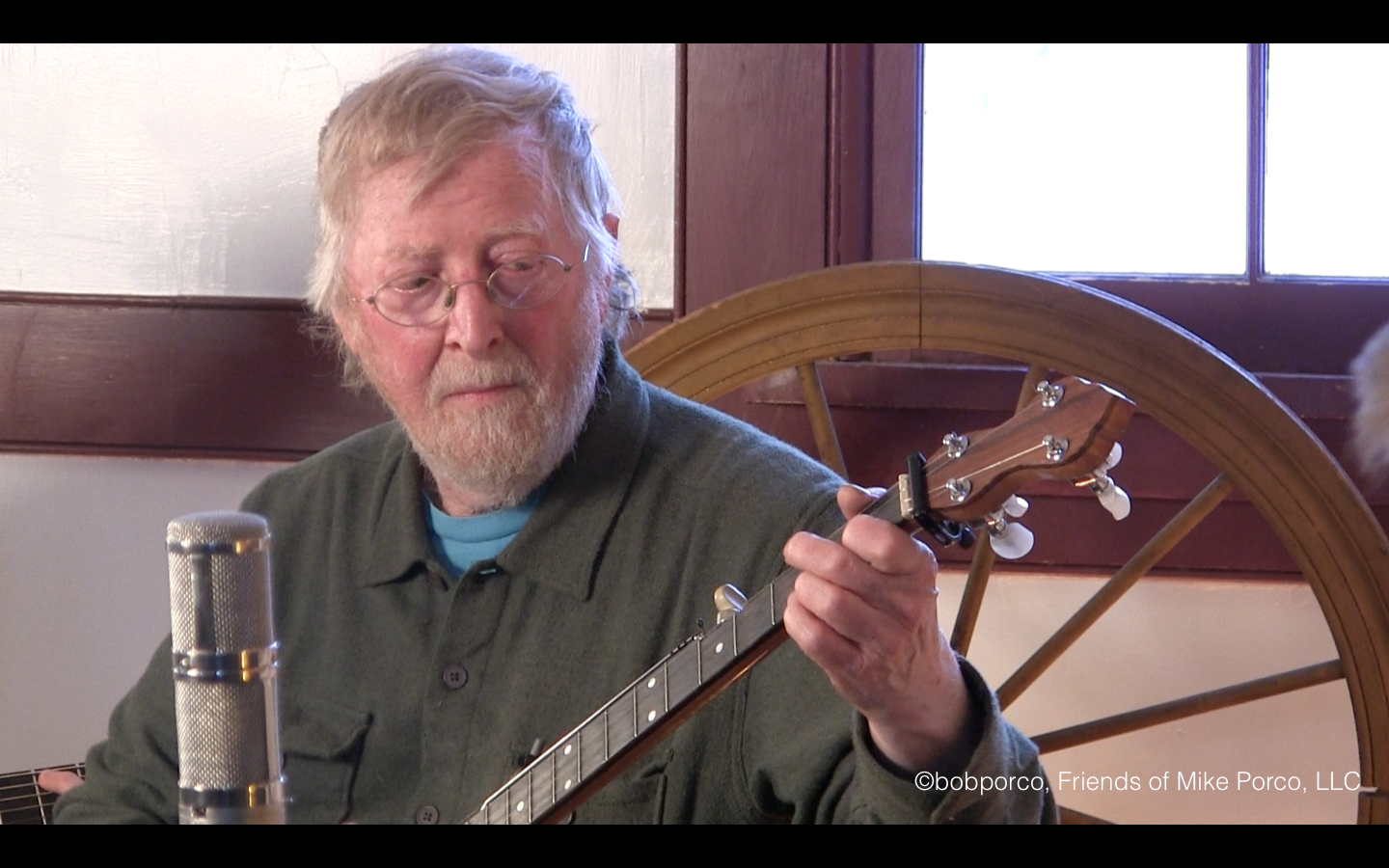 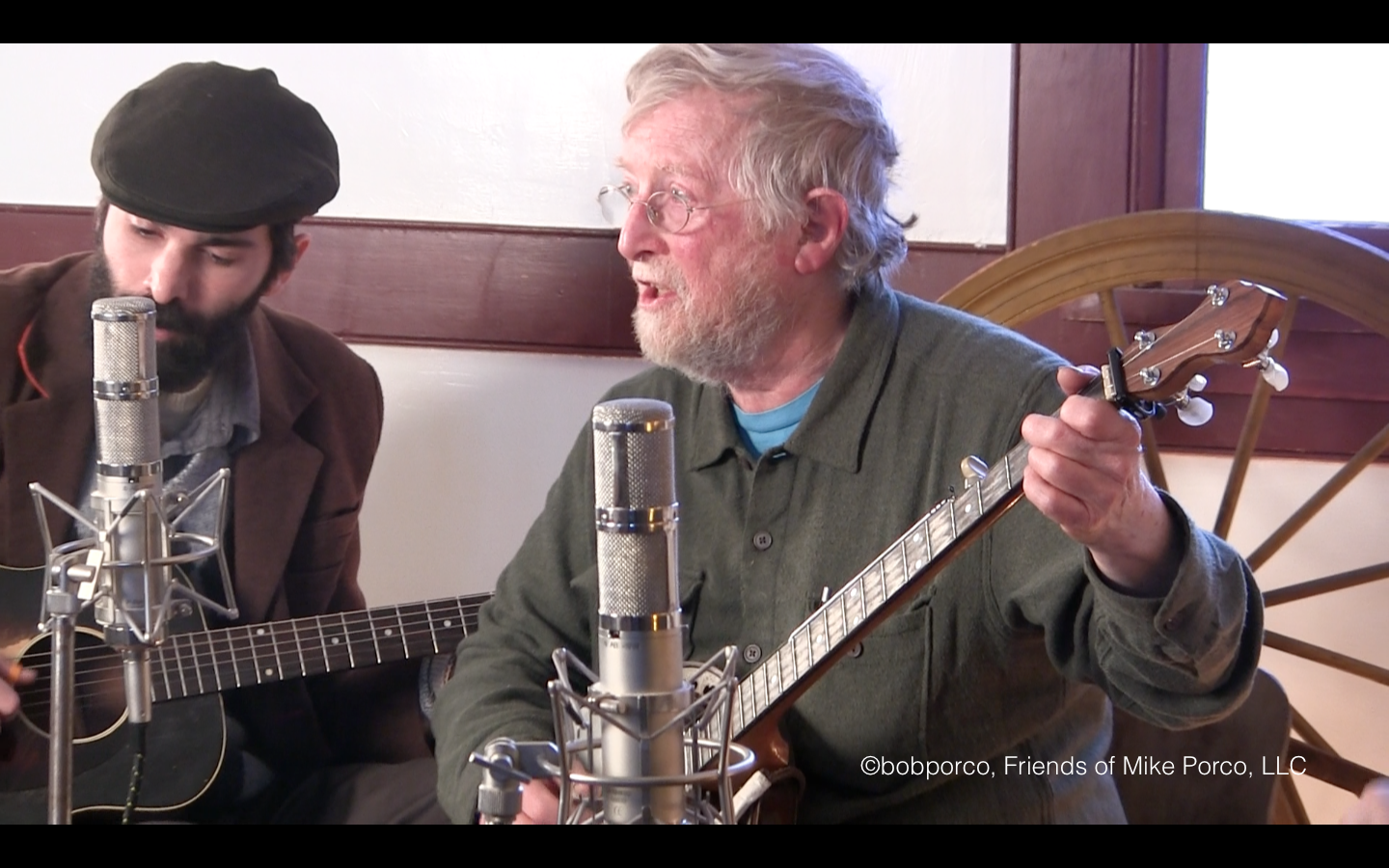 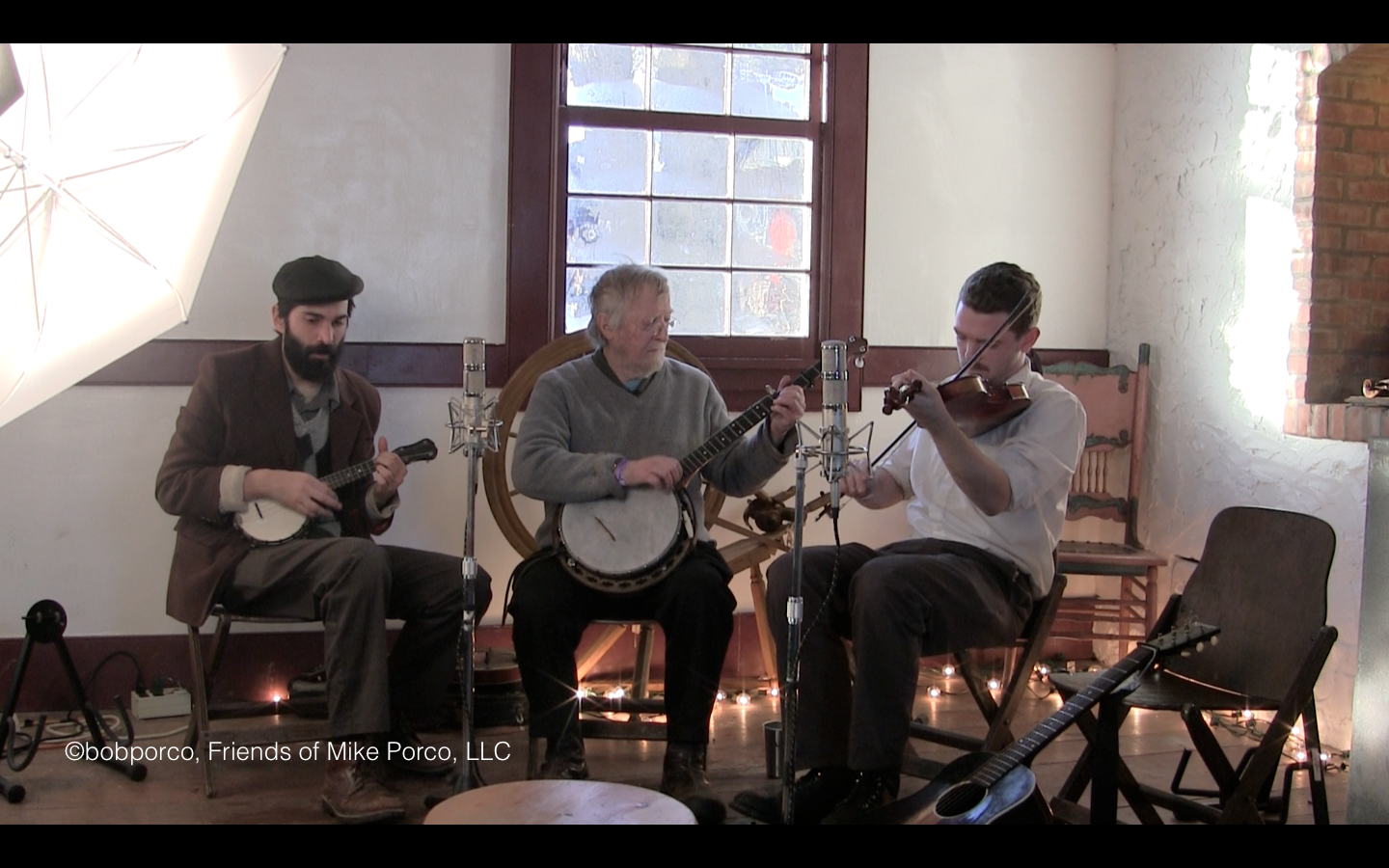 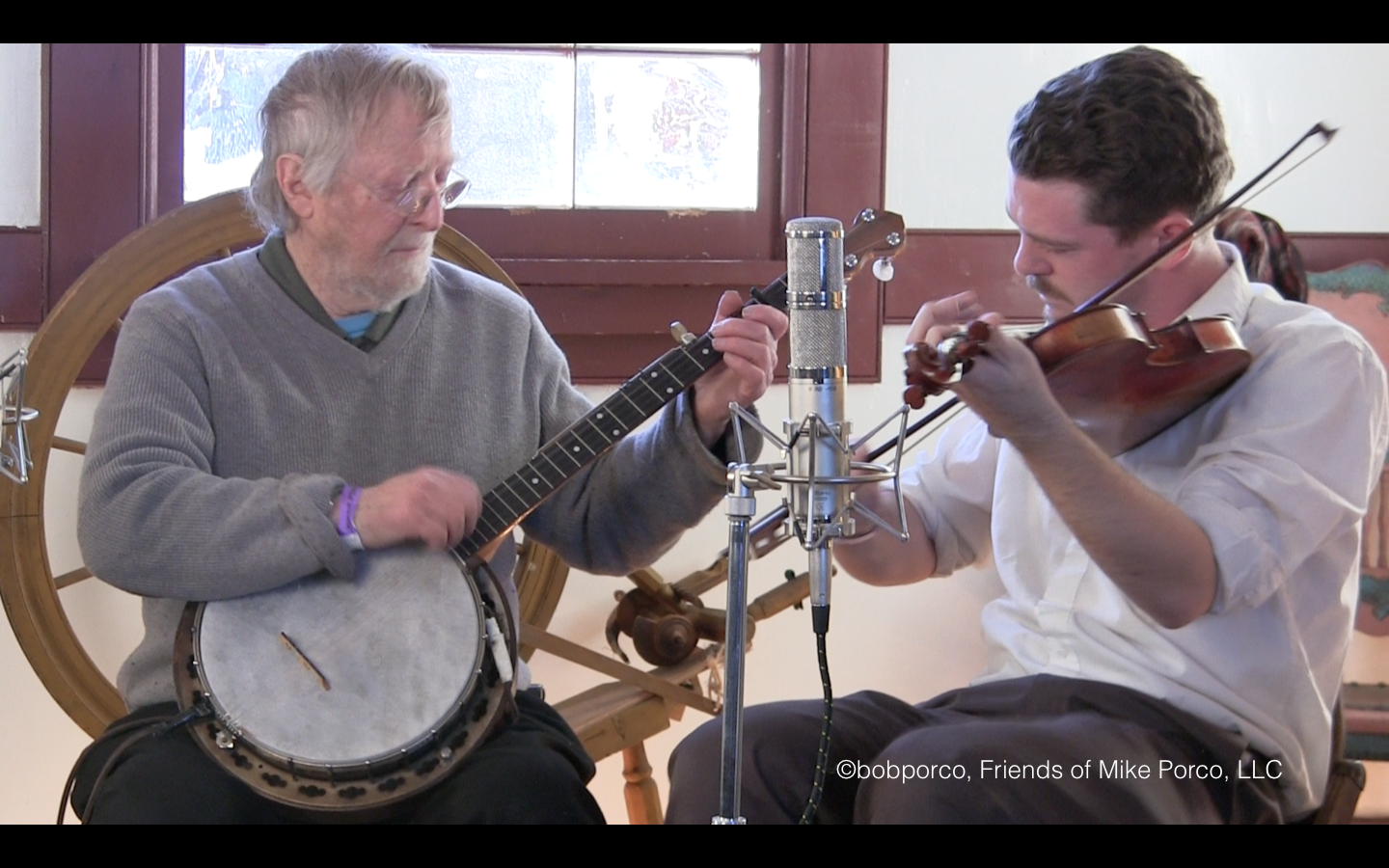 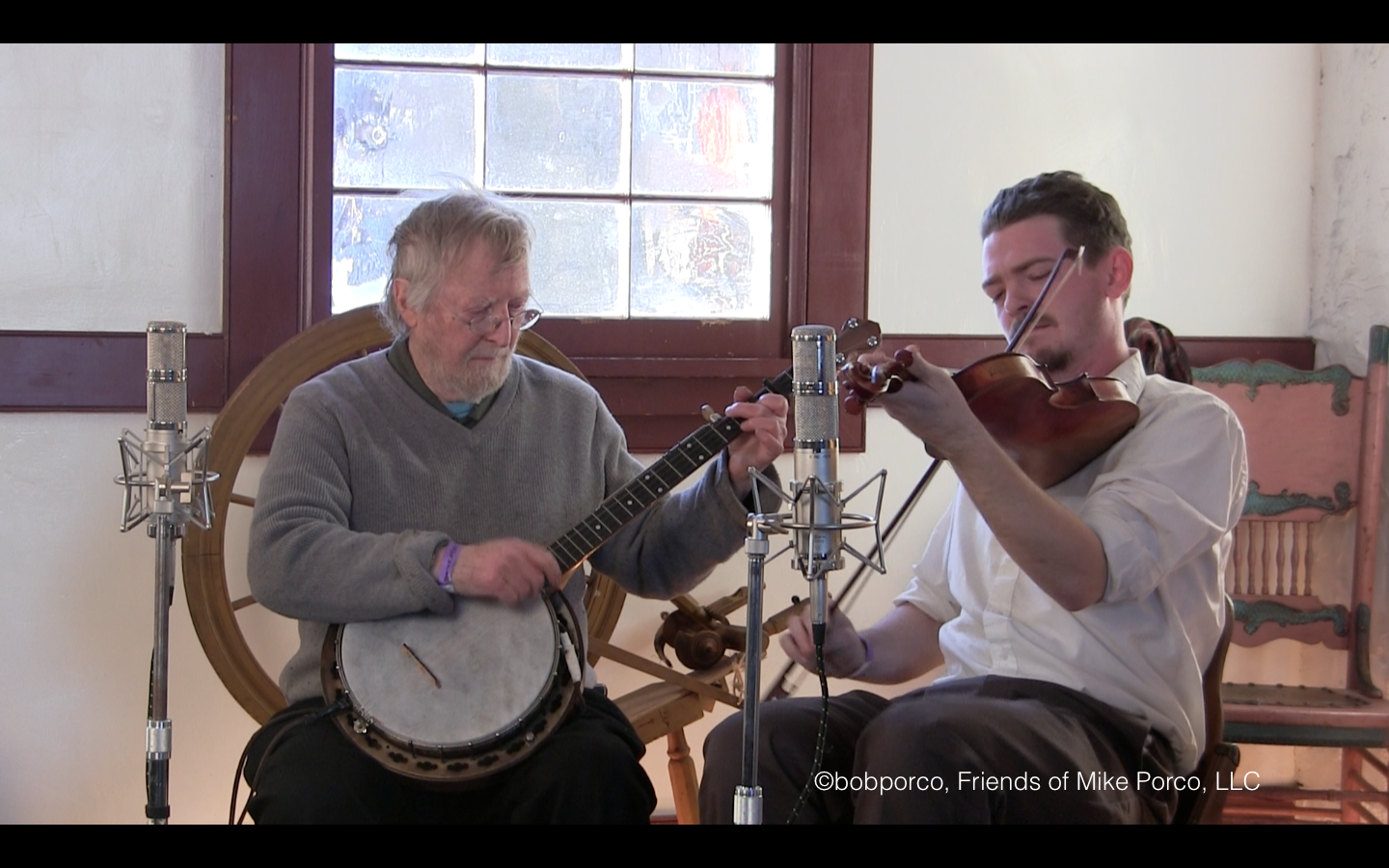 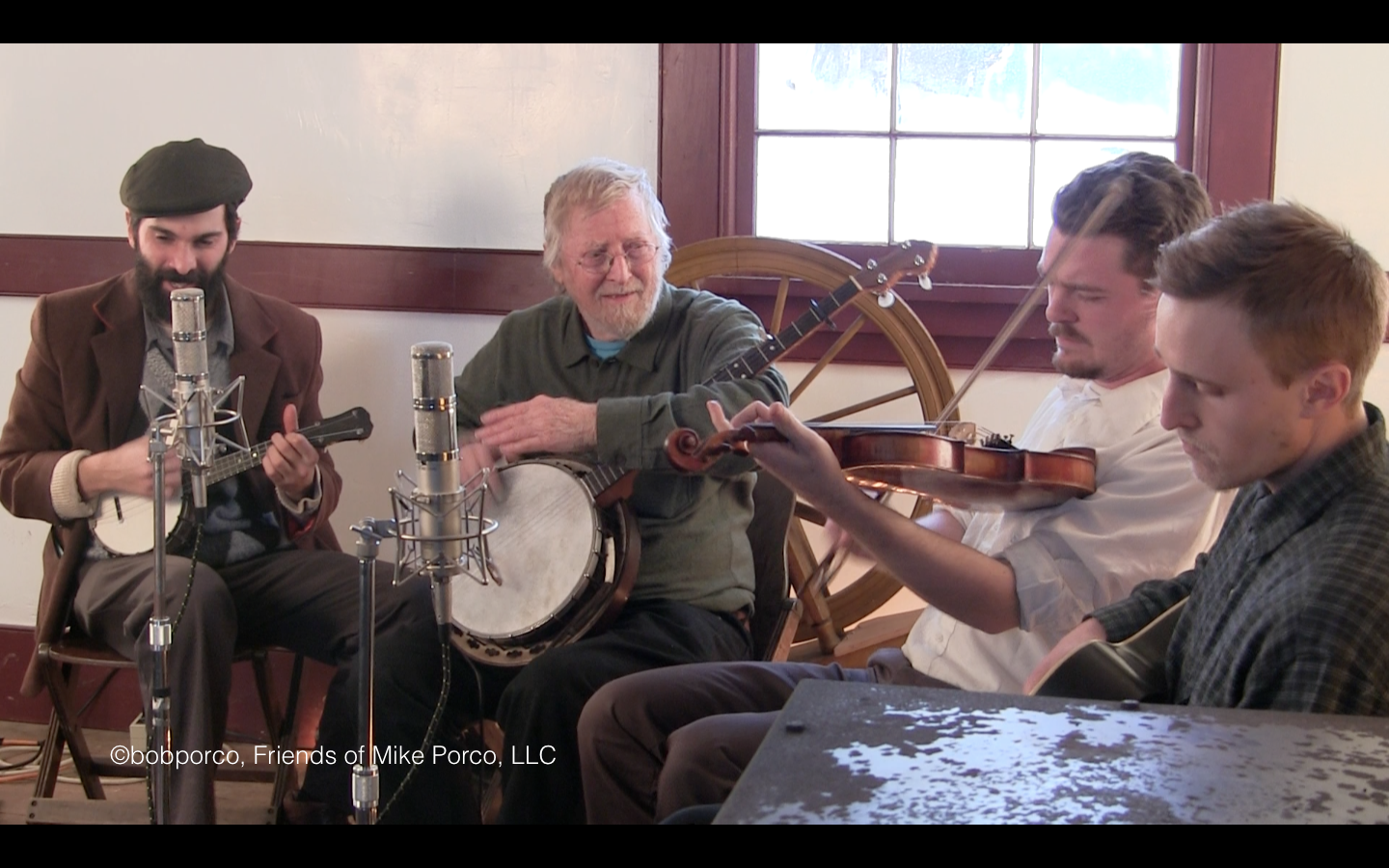 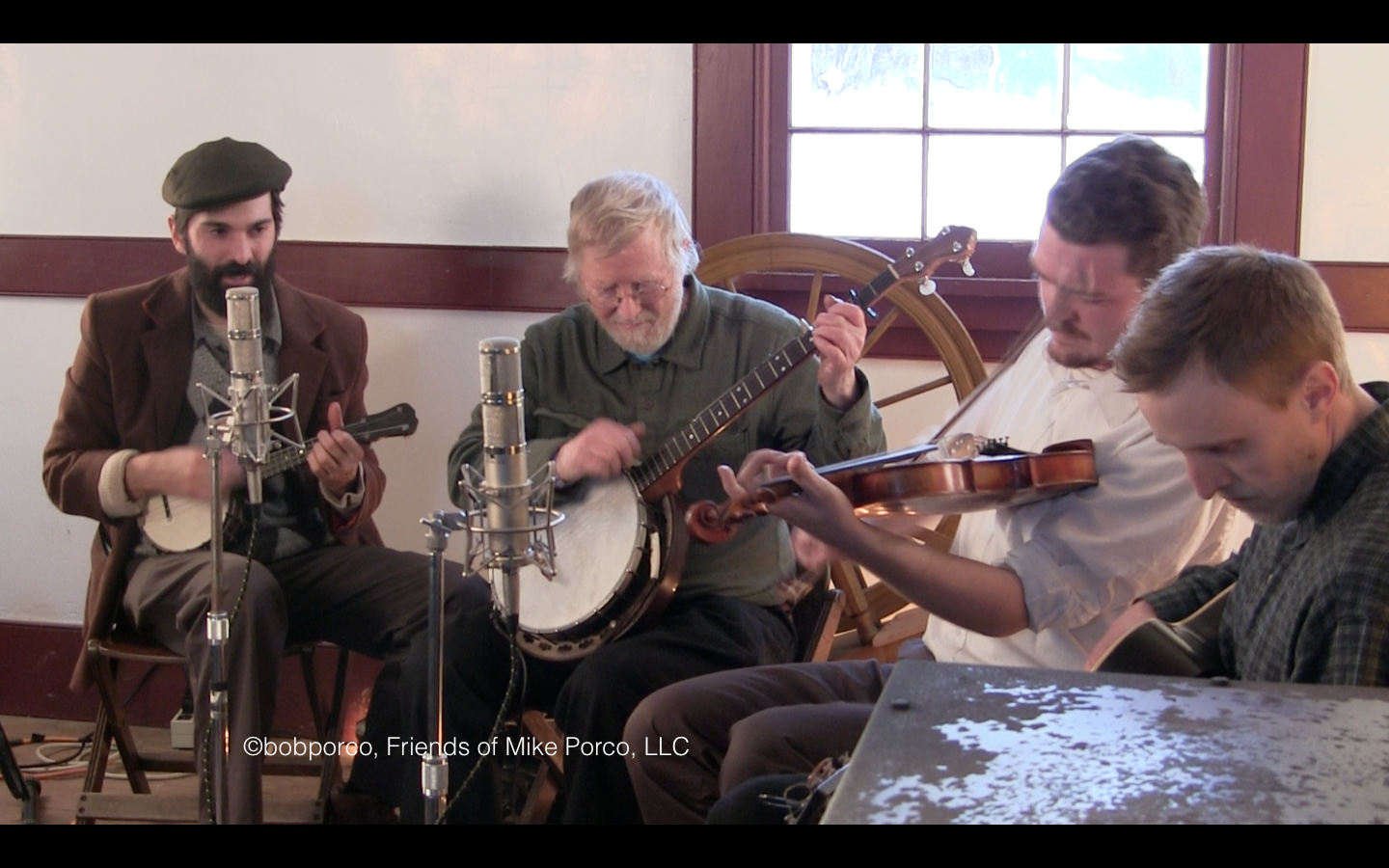 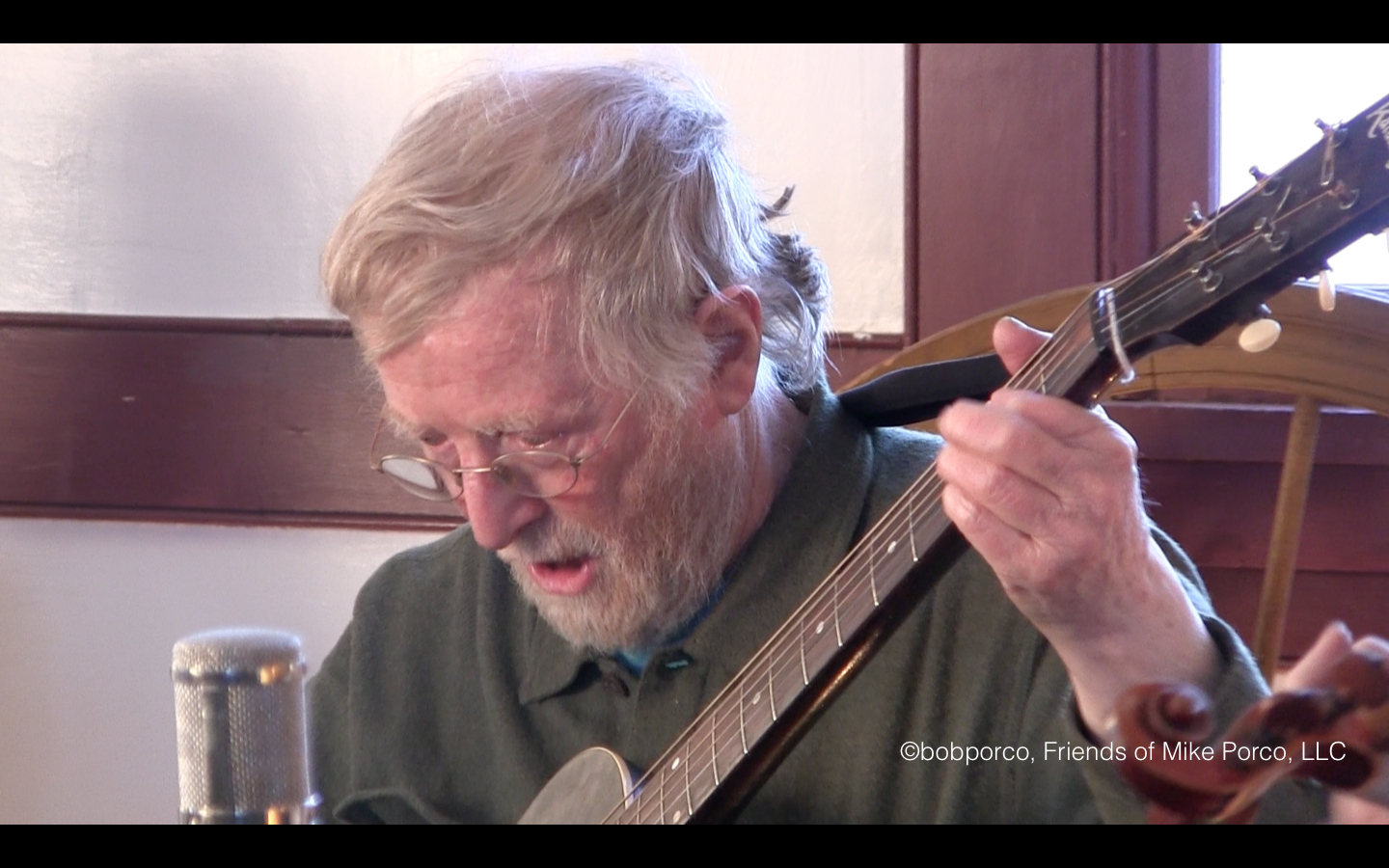 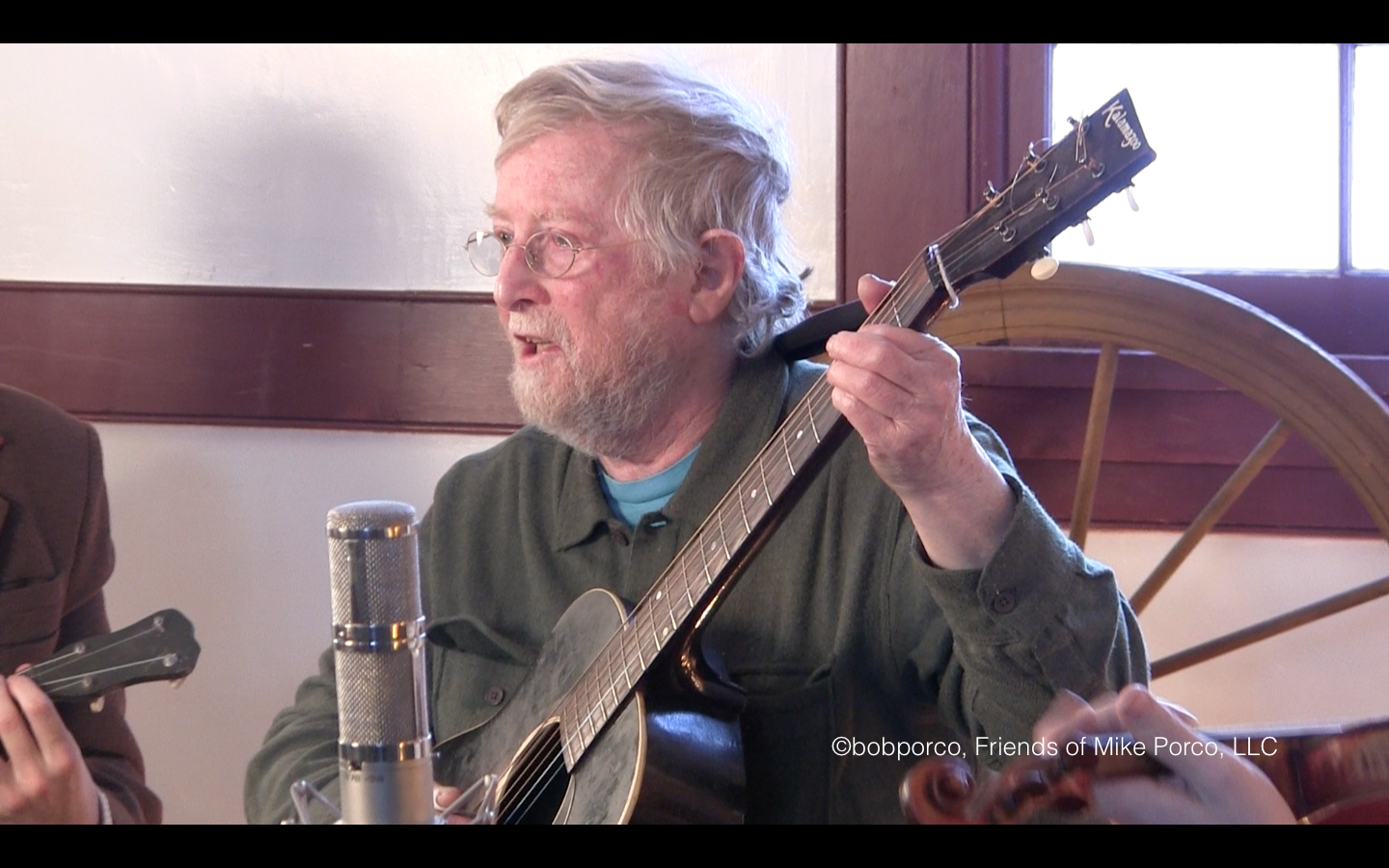 Be sure to check out the trailer for the Folkumentary under construction.
It's about Mike Porco and Gerde's Folk City: