GERDES TO BE INDUCTED INTO NEW YORK BLUES HALL OF FAME

It's turning out to be another year of highly anticipated events for Music fans in New York.

Izzy Young will be in NYC and staying with Matt Uminov a couple days, me a couple days and the streets of New York a couple of days. KIDDING!
I'll do my best to parade him around to the best live music we can find while he's here June 16-22. 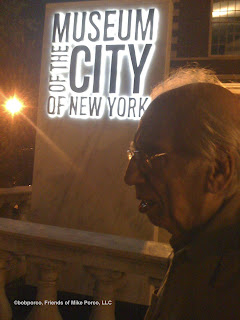 He's actually coming from Stockholm for the opening of the FOLK exhibit at the Museum of the City of New York.
http://www.mcny.org/folkcity

To me, It's astoundingly good luck that such a prestigious museum is honoring the entire Washington Square scene and titling it FOLK CITY. fab!!

Izzy and I hope to attend a day of the Clearwater Festival that weekend. It's an annual trek for me and only top shelf entertainment can be heard.

But the BIG news and festivities surrounding Gerde's Folk City directly will be on the last day of May.

On Sunday May 31st, Gerde's Folk City and Mike Porco will be inducted  into the New York Blues Hall of Fame. I will be accepting the award for my grandfather and his world famous cabaret. What an honor! 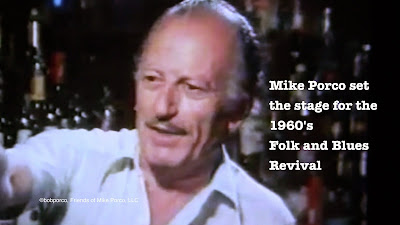 After Izzy leaves in June, the sky's the limit. What ever OTHER escapades I encounter will be discovered in their own time.

(And there are rumblings of a FOLK CITY: Bringing It All Back Home FESTIVAL calling attention to the the importance of the folk revival that was nurtured in the clubs and coffee houses around Washington Square)
http://www.biabh.com

If you'd like to come to BB King's on 42nd Street to see the musical tribute show, contact ME for a ticket...or buy your own HERE. 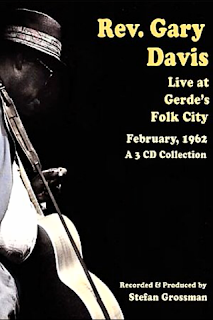 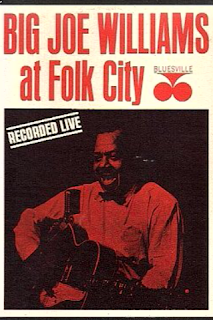 Not only will Mike Porco be inducted but so will:
Richard Manuel of THE BAND
Dave Van Ronk and
Hubert Sumlin - Howlin' Wolf's right hand man

As always,
Direct your attention to POSITIVELY PORCO- My marinating movie on Gerde's and Mike Porco. You'll love it!! People will watch and listen in wonder.

Instant karma
Mike Porco lays the rules for his "invention"
The Open Mic: