BOB PORCO gets ink in THE HALF QUART PRESS

Reprinted with permission from:

I had agreed to meet Bob Porco for an interview at the West 4th basketball courts in Greenwich Village. It's actually closer to the corner of 6th Ave and 3rd, and directly across the street sits the Fat Black Pussycat. In an age long ago, it was once world famous, Folk City.

Mike Porco owned it and Bob sees the building as a shrine. DJs and digital juke boxes provide all the tunes these days, but when Bob's grandfather owned it, live music ruled the day. Everyday. And the acts were always the best musicians the Village had to offer. 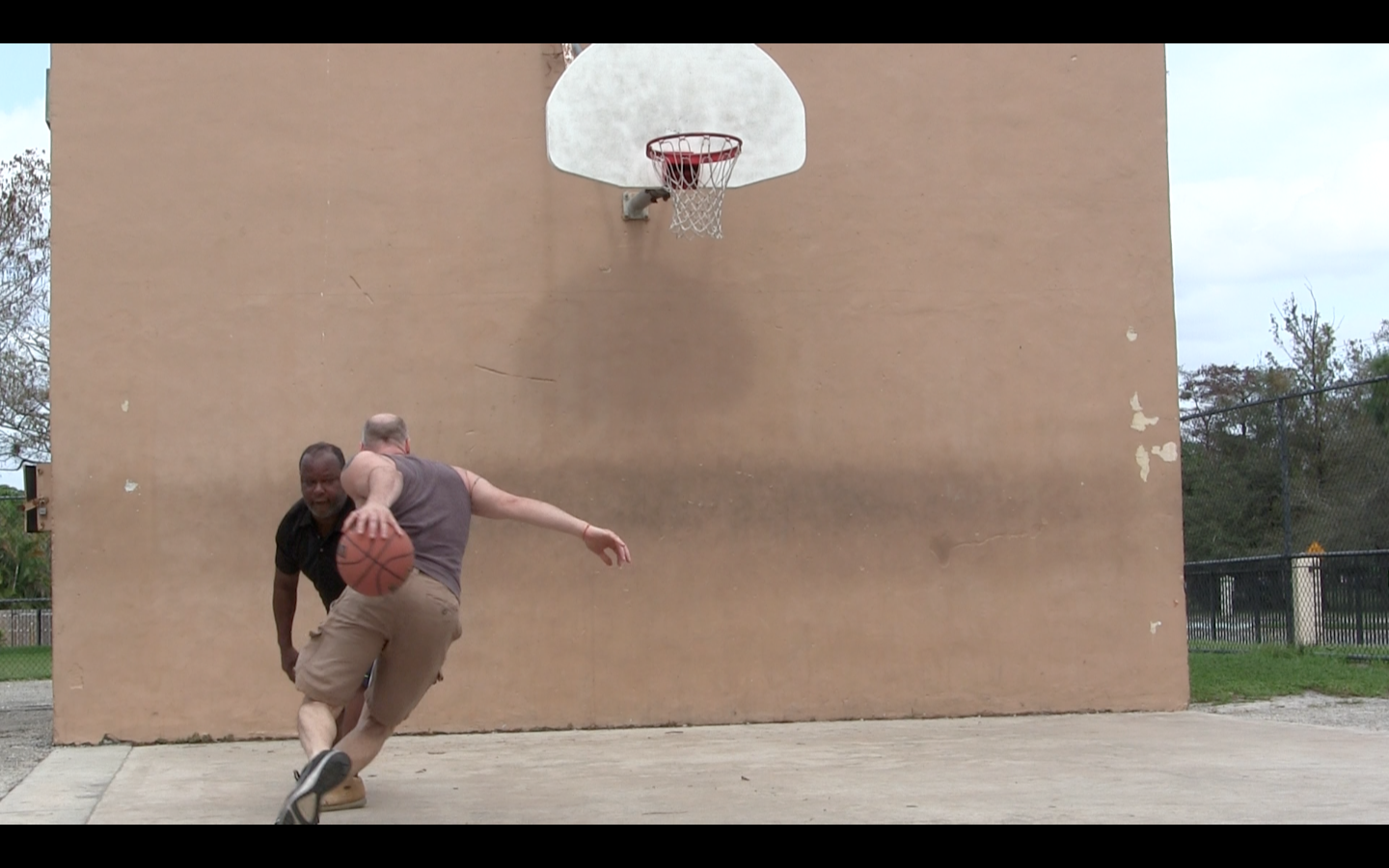 I actually met Bob in June of 2010 when he produced the Gerde's Folk City 50th Anniversary Concert. Porco was surprised to learn that I had attended. I arrived in the 2nd hour and was still given several more hours of entertainment.  A large crowd were pleasantly surprised to see one 'blast from the past' after another grace the stage in honor of Mike Porco and his famed Folk cabaret.

Eric Weissberg, Sylvia Tyson and Roger Sprung gave the stage to The Roches, Erik Frandsen and Frank Christian. It was a long Monday night. I can excuse the younger Porco for not remembering my face.

As I arrived at the courts to meet Porco, Bob had already warmed up by shooting around with a local kid. I gave a shout, reminding him about our interview schedule. He started talking right away.

Bob Porco- The 50th was a fluke! No way could I book 3 dozen performers for one night ever again.

Ennis Fedderjon- I think there were more than 30 songs performed that night.

Filmmaking was not part of Bob's skill set. He works uptown as a personal trainer, but he noticed the importance of capturing once in a life time gatherings.

BP- I had started to contact the musicians who played Gerde's one by one, just to introduce myself and take notes for a book on Mike Porco. The 50th Anniversary party reared its head and took over my life for a while. After that, I just went back to what I was doing.

What he was 'doing,' at first, was just making friends with his grandfather's friends and letting them know someone out there cared for Mike Porco. He wasn't expecting what he found.

BP- Everybody, all of them, were smitten with their memories, just at the mention of his name. They all recalled his name with a smile. When they heard that I wanted to do a bio on him, they couldn't wait to talk.

In the first three years by Bob's count, he would do interviews and take notes on paper to later transcribe at home. The book writing process never materialized, nor did it do Mike Porco and Gerde's justice.

BP- It's a story about music and musicians. Yes, it's about Mike Porco, but it's a story about the Revival and it's best explained with audio. It's much easier to let Odetta give an example of her style than have me pontificate over it.

Porco changed gears from producing a book on his grandfather's club to producing a film in 2013. His first call for an interview on camera: Izzy Young.

BP- Without Izzy, who knows what Mike Porco may have become. My grandfather was a smart businessman. He would have eventually caught on and gotten musicians in Gerde's. But hiring the best musicians in America from day one, only Izzy could make that happen in those days.

The legend is clear and well known. Izzy Young was the first to book acts at Gerde's for Mike Porco. Within 5 months, Izzy was out but not without providing the Village with Blues legends Brownie McGhee and Sonny Terry for 5 of the last six weeks under Young.

By May of 1960, Mike ran the show. He had help, though. Future music rep, Charlie Rothschild, and New York Times critic Bob Shelton were the ones to re-christen the club in June of 1960. The "Fifth Peg'' would now be known around town as Folk City.

Porco the elder also had help judging talent from the inside. Village musicians, smelling a payday around the corner, worked with Mike to make booking suggestions, and offered their services to establish what they all envisioned: a working room with a salary for troubadours from around the nation.

That actually happened. Rothschild booked Ed McCurdy, Dave Van Ronk, Cisco Houston, Pete Yarrow, Rev. Gary Davis and scoured the Square for the brightest talent. The country was made aware that Folk and Blues was spoken at Gerde's. Mike Porco and his 75 seat club, somehow, was able to maintain that lofty standard for the next 20 years.

The folklore surrounding Folk City is the stuff of myth. Bob Dylan AND Simon and Garfunkel started there. Judy Collins AND Lucinda Williams established their names in Village cement from their Folk City gigs. Phil Ochs AND John Hammond were signed fresh after a booking there. The names pile up quickly when talking with Bob, who relishes the thought of his grandfather serving them food and wine along with everything else he did for them.

BP- He fronted Dylan his Union dues and actually signed as his legal guardian until he was 21. That's special.

EF- I also hear that Mike Porco was the last club owner in the Village to invite Phil Ochs into his bar and routinely set him up for nights at the Waverly Hotel.

BP- That's true. My life is so much more fun because Dylan crossed the Hudson and gigged around New York rather than Boston or some place else. He came to see Woody. So I guess I have to thank Marjorie Guthrie for settling in Brooklyn.

Folk legend Woody Guthrie and Mike Porco, a cabinet maker from Calabria, took vastly different paths, but both wound up influencing the Washington Square scene. Looking back, they very nearly had an identical group of friends. It's all part of the history that took place here. I asked Bob how a feature film could possibly tell the entire story.

BP- It's not going to be easy, believe me. They've all been so gracious in giving me great details about what it was all about. I'm not making this film, really. They're telling me what the recipe is. Arlo (Guthrie) and José Feliciano and Izzy, they're the best ones to explain most of it. So I just let them speak and I'm doing my best to sew it all together and have it be entertaining at the same time. 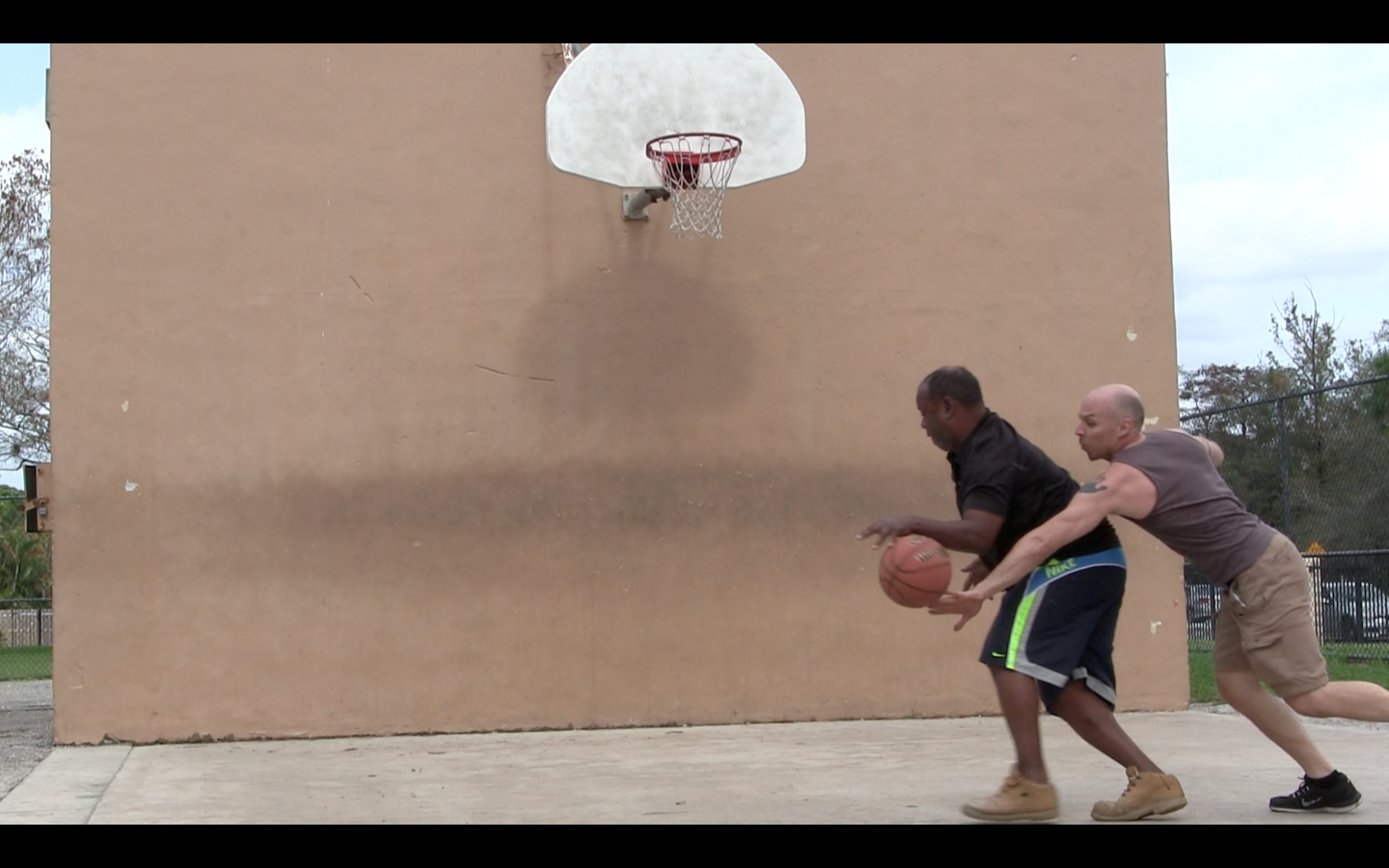 Porco thinks he's gonna stay at the courts to shoot a few more baskets with the locals. Before we part, I asked him how he would describe his upcoming film.

BP- It's not finished yet, but I know that musicians of all stripes will be inspired to stick to their craft, to use their gift. It will inspire those on the fence about entering the music business to be honest with their own dreams of becoming a singer. And somehow, I envision that music will once again be used to change how we think as a society. You'll hear the same songs, in some cases, from the 1960s, but with today's artists and today's themes. Music, to me, is the only tool that can unify people when the going gets tough. And it's tough and rough right now. I have a responsibility to show the world how Dylan and Baez and Phil Ochs did it, just to prove that it can be done. It really is about preserving a way of life and freedom of speech more than a genre of old songs.

EF- That's a mouthful, to say the least. It's a tall order for a film to be a spark for social justice nation wide.

BP- Well, whatever positive vibes it brings about, then I've done something. If I tell a story that leaves you flat, then it doesn't deserve attention. But if tomorrow's Bob Dylan gets inspired and begins to really study the Blues and Traditional Folk songs. And really studies poetry, and writes anthems turning apathy into empathy, then maybe this crazy world will be in a better way 20 years from now. Who knows?

Gerde's Folk City doc 'Positively Porco' is in production and is slated for an early 2016 release.
Posted by Porco at 6:46 PM No comments: