But as fate would have it, one could argue that Robert Shelton discovered him at Mike Porco's Center of Folk Music. It could have been San Francisco or Los Angeles, but it wasn't. It was at Folk City in NYC's Washington Square. Young Bobby had the chops, he brought his talents to the Village, he received plenty of support from his peers, Mike Porco hired him to play and a star was almost born.

You see, my grandfather first hired him in April of 1961. He was a hit! And he was welcomed to open the shows at Gerde's later that year, a stint beginning on September 26, 1961. He opened for The Greenbriar Boys, but they were not the main topic of New York Times music critic Robert Shelton's review below. The review, which Dylan himself stayed up all night to fetch from the early morning paper delivery, was THE ONE that made him the talk of the town. Fifty-four years later….


Mike Porco experienced a major boost in business once he welcomed
Folk and Blues in his restaurant on West 4th Street in 1960. It became a good luck venue for aspiring singers and songwriters.

After Shelton's review, Bob Dylan became the toast of the Village scene. He was one of a few musicians to be ''discovered'' at Gerde's. As Bob Dylan's notoriety and career went into the stratosphere, songwriters from all over delivered themselves to Mike Porco's club, hoping to be seen by the critics and music producers looking for new talent.

Mike Porco had to work tirelessly to keep the machine well oiled. Because of it Mike Porco and Gerde's Folk City are being honored as I speak. They are featured in an exhibit on New York and the Folk boom at the Museum of the City of New York because it truly was, NEW YORK'S CENTER OF FOLK MUSIC.

Because the one and only Bob Dylan claimed Gerde's as his turf, the legend of Mike and Gerde's loomed larger than just 'the guy' who owned 'the place' where Dylan started. They were friends and it seems that Dylan went out of his way to help Mike out throughout the years. 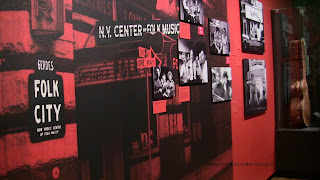 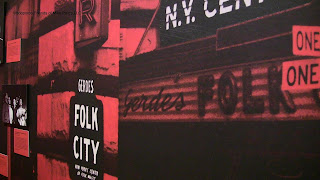 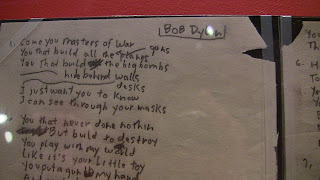 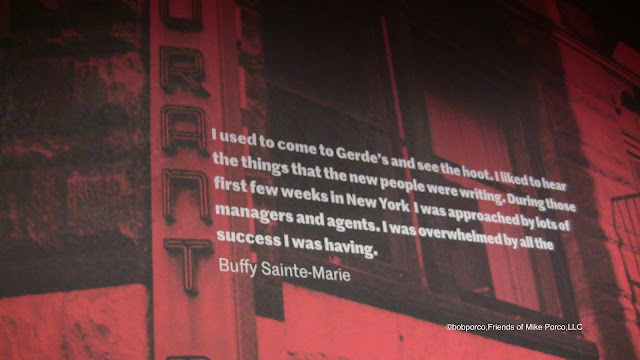 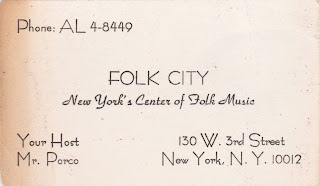 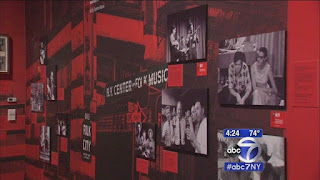 Meanwhile, in other parts of the world…..
Friday brought me to the Brooklyn Americana Folkfest
to see Mike+Ruthy 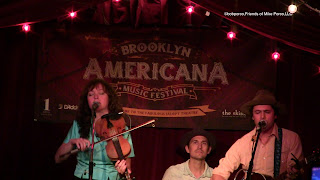 ~~~~~~~~~~~~~~~~~~~~~~~~
The weekend culminated in the great
Washington Square Old Time Music and Bluegrass
Reunion.
This is taken very seriously by these historic pickers. It is the only time they get to see each other as in the past. 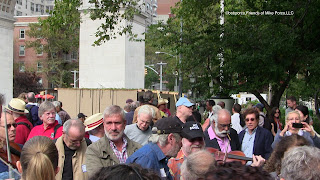 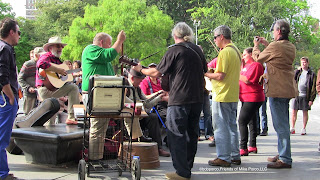 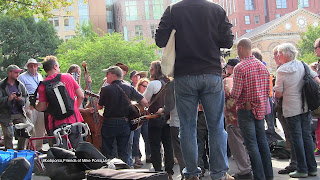 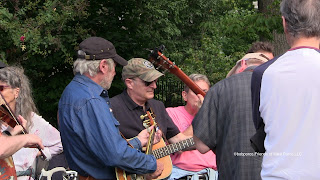 So as you can see: There's something still going on here. Mike Porco would be happy to know that many of his friends are still working and still pickin'. He also would be proud to know that a film is being made on his legacy and his club. POSITIVELY PORCO will make people smile.

And without much redundancy, Folk City had to move from W4th Street.
Mike Porco was lucky enough to land an anchor piece of real estate
on 3rd Street by 6th Avenue. 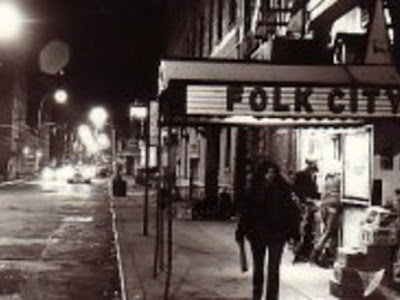 This venue location would go on to witness
the depths and rebirth of the FOLK SCARE
and their recurring offspring.

The highlight at 130 W3rd, of course, without question or doubt, was
Thursday October 23, 1975.
Almost 40 years exactly.
Mike Porco's 61st birthday surprise party.
Bob Dylan returned home 14 years after his
career began at Gerde's.
He used the occasion to kickoff the Rolling Thunder Revue.
None of the videos below discuss the Rolling Thunder…
you're just supposed to know all about it. 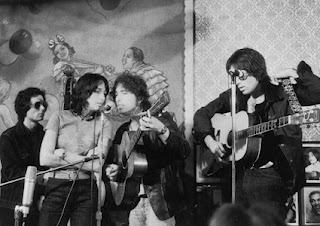 What I find surprising is that many of Mike Porco's friends
and even some of the musicians who lived or worked in the Village at the time
do not remember exactly when Folk City moved.
FOLK CITY WAS AN INSTITUTION by then.
I found the Village Voice ads…It re-opened in early November 1969.

Details and history on GERDE'S FOLK CITY can be found at:
http://www.FolkCityatFifty.blogspot.com