STEFAN GROSSMAN AND ROY BOOK BINDER AT THE GASLIGHT 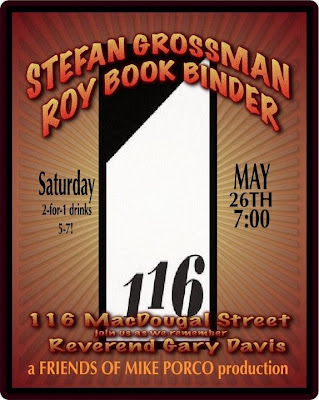 
Almost 40 years exactly since his passing, the music and style of Rev. Gary Davis will be honored by two of his former friends and students.
JOIN US for another historic event at the original Gaslight Cafe on MacDougal Street NYC hosted by FRIENDS OF MIKE PORCO.

STEFAN GROSSMAN and ROY BOOK BINDER will commemorate the life and work of one of Greenwich Village's most influential Blues guitarists. REVEREND GARY DAVIS taught Blues guitar to many artists who would go on to become household names; Dave Van Ronk, David Bromberg and Bob Weir to name a few.

Born and raised in Queens, New York, Roy Book Binder bought his first guitar in Italy while serving in the Navy. Upon his return to New York, he met one of his lifelong friends, Dave Van Ronk. Binder later became a student of Reverend Davis and later his chauffeur and tour companion. Much of Binder's original material was based on his time on the road with Davis.

Book Binder has been described as a "guitar pickin' hillbilly bluesman," and has been touring the country since his first of 11 album releases in 1971.

Born in Brooklyn, and brought up in Queens, New York, Stefan Grossman began playing guitar at the age of nine. His interest in the Folk revival was sparked by attending the Washington Square Park "Hoots."

He took guitar lessons for several years from Rev. Gary Davis, whom he later described as "one of the greatest exponents of fingerstyle blues and gospel guitar playing" and "an incredible genius as a teacher." He spent countless hours learning and documenting Davis's music releasing the seminal 3 disc "Rev. Gary Davis Live at Gerde's Folk City" recorded in 1962.

In 1964, Grossman and a group of friends formed the Even Dozen Jug Band. Other members had successful musical careers including Steve Katz (Blood, Sweat & Tears), John Sebastian (The Lovin' Spoonful), Joshua Rifkin and Maria Muldour.

With his friend Rory Block and also Mike Cooper, he produced and released one of the earliest (if not the very first) guitar instructional LPs, How To Play Blues Guitar and began the publication of a five volume series of instructional books.

He returned to the road in 2006 and tonight, Stefan joins Roy in celebrating the life of a man with no peer- Reverend Gary Davis.
Please do yourself a favor and include yourself in the company of such devoted deciples of one of the revered and influential Blues geniuses ever to make New York his home.

Tickets are $25 here in advance. $30 at the door. SEATING IS LIMITED 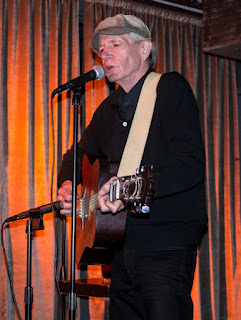 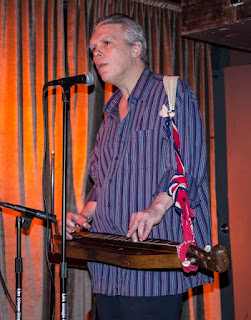 Perhaps it would be best to allow someone else review last night's show with Randy Burns and David Massengill. What a night! They brought their A-game and it was fun to watch them pour it all out for us to enjoy. Here's Frank Beacham's fine blog. And should you ever want to get an idea of what you missed, here's the link for complete video of the event which streamed for all to see live. (Photos Frank Beacham)
Posted by Porco at 7:47 PM No comments: 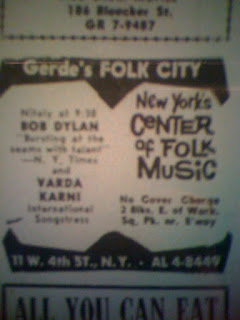 A mere month after the release of his very first album, Bob Dylan begins a week's engagement at the place where it all began for him; Gerde's Folk City. (This is the Village Voice ad that ran that week...sorry for poor quality if pic)
Posted by Porco at 7:34 PM No comments:

BLOWIN' IN THE WIND DEBUTED AT GERDE'S 50 YEARS AGO 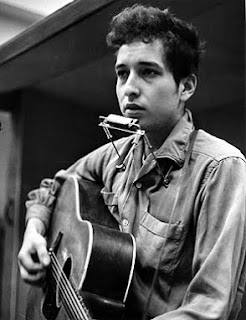 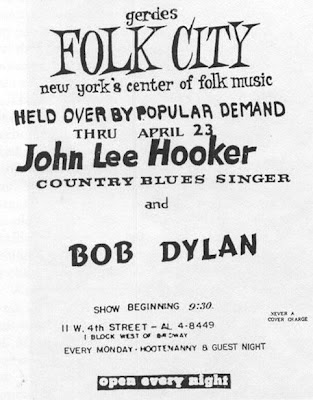 ...I started listening to some of his songs. I used to pay a little attention to it. To my knowledge, I'm not an expert but it made-a sense. The words were-a pretty well put together. And I said, 'This guy may be able to draw great.' so finally I give him a job to open up for-a John Lee Hooker. That was April 1961.
Posted by Porco at 4:20 PM 1 comment: