I lost myself on a cool summer day 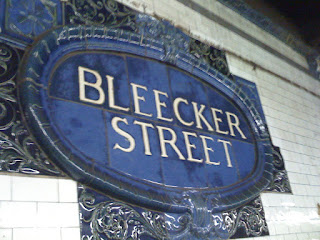 Sometime in September of 1995, a few of the fellas took the train down to the City to meet up with a few others for Jim Moroney's bachelor party. By the wee hours, the remaining handful who could still stand took a jaunt to Alphabet City to drink the rest of our money away.

We all wound up heading into an after hours club on Avenue A that had no name and no visible signage out front showing that it was a bar and lounge. But we found it and in we went instantly doubling the crowd. There were a couple people by the tiny bar and, on a couch with his back to the door, was a guitar player performing quietly for a couple of cute girls. He was forced to up the volume after we decided to stand around close behind him. Not to listen, mind you....Just to stand around.

Within a few minutes, I notice a pal in my group whisper and point to the guitarist. I look down over his shoulder and see a familiar face. It's Jeff Buckley. He had been getting a ton of air time on MTV and radio with a couple of hits from his lone album, Grace. Back when MTV actually played a slew of appealing music videos, one could hardly turn it on and not see the new face du jour. And the local radio station out of Woodstock felt that a day wasn't complete without hearing "Last Goodbye" at least twice.

I was semi-aware of the hint of connection between him and me. His father Tim was one of the Greenwich Village personalities who became a recording artist no doubt aided by exposure in the clubs around Washington Square and elsewhere. It's unclear whether he ever played the open mic at Folk City, but it's more than likely he was served in my grandfather's bar and, if so, he surely took in some musical entertainment. It could have been an interesting topic of conversation when I later found myself standing next to Buckley at the bar.

But I didn't say anything and turned and walked after getting my 17th beer.

He wasn't in a particularly chatty mood anyway after what the very drunk Tom Coffey said in his ear a few moments before. Once word had traveled around my crew that the guy on the couch was "on MTV", Tom exclaims, "who THIS guy?! Lemmie tell ya something. He's a small puppy in a BIG WORLD!" leaning over towards Jeff to make sure he heard him. The girls were most seriously displeased with us as was my friend Chicago Dave when I conveyed this memory to him last year.

I was aware of Jeff Buckley's music for years but hadn't explored it in depth. Dave insisted that I get the only album released while he was alive. It's somewhat autobiographical, prophetic and unquestionably passion-filled. His father left home to pursue his career but he left behind his musical talent. A poet and musician like Jeff would have fit right in at Folk City. The album is well worth a listen.

"Tears scattered 'round the world"


Sadly life was destined to end for Jeff in May of 1997. An accidental drowning in the Mississippi shortened his blossoming career. His father Tim had also died at an early age.

(where are you going with this, Bob?)

Well, about a month ago, I spoke with a friend who was actually there that night and finally the name of the nameless club came to light....

Which still has nothing to do with why I'm telling you all this. It's just that I have learned some vital lessons since I started chasing the ghost of Mike Porco. One lesson being that there are many more than six degrees of separation to that man. In theory, there were more in 1995 but even today, there are scores of people walking the streets of The Village who sorely miss Gerdes Folk City and would share a moment with me if they knew the level of my interest.

Since I began my journey into my grandfather's past, I have been making connections with people left and right who remember him. The internet, of course, has been helpful but I've made some connections by simply speaking up in person. Two that come to mind were made at Pete Seeger's Sloop Club Song Circle in Beacon. I overheard Lydia Adams Davis walk merely mention Folk City as she walked past me so I introduced myself. Lydia played the reunion 4 months later. Another night, I was at "The Sloop" announcing the potential of an anniversary concert and new friend and Pete's booking coordinator Roland Moussa approached me. Roland spent many a year in the Village with Havens, Dylan and Ochs. Roland opened the Folk City at Fifty show.

Maybe the most interesting chance meeting through all this was coming across Dominic Chianese who would later become a co-emcee for Porcofest. I was telling a client of the progress being made in contacting people for the reunion. I was also telling her, during the workout, of some of the unlikely folks who have a history performing at Gerdes. I was pointing out those who had made their names in another craft such as former bluegrass banjoist Alan Arkin, Woody Allen collaborator Marshall Brickman and a Village gypsy turned actor who was best known for playing "Uncle Junior Soprano."

"Oh I see him on the block all the time. I always see him at Conte's on 89th and York," she says to me. Now, I had trouble getting contact info for Dominic over the 'Net. I knew that he had Emceed for my grandfather but I had no luck finding him. And now she's telling me that not only is he in her neighborhood, but he hangs out on the opposite corner of the very block we were on. I don't know how many blocks there are in NYC, but I didn't have to cross a street to leave Dominic a personal note.


And already there have been many others who have now gotten wind that Mike's grandson is lurking somewhere out there. Those I've had the honor of contacting so far have offered the kindest words and encouragement.
If they didn't get to know the man behind the bar, they certainly knew of his bar and have fond memories of the music and vibe they experienced there. In many cases, all I had to do was make myself known...announce myself to the people of this extended family letting them know that I'm interested in hearing about how it was and what memories they can pass on to me.

Of course, there are others (the Big Fish, as I call them) whom I will have to chase and chase until I catch them...but catch them I will. And stories they will tell because Gerdes Folk City was that kind of place. And luckily for me, Mike was that kind of guy.

But I'll never catch anybody or get to the bottom of this untold story if I don't speak up and drop a worm in the waters.
Posted by Porco at 10:20 PM