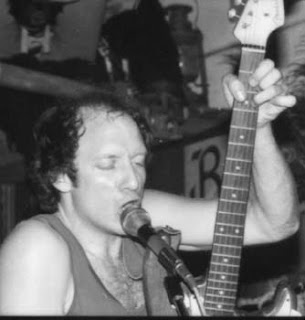 I rang in the New Year with a long conversation with The One, The Only...Buzzy Linhart

Oddly enough, I was thinking of him recently and was taken aback by a phone call from him. I couldn't think of a better way to bring in new years (and my first year's journey into Gerdes' past) than with a guy who was known for doing the Folk City new years show. As fate would have it, my plans to be out of the house changed in the early evening and I was able to return the call and spend a new years with him.....a bit differently from how Mike spent some with him but a Porco/Linhart connection none the less. Lot of love still pouring out of the Folk City legend to this day. It's an honor to be in contact and "In tune" with so many of the people who shared intimate moments with my Grandfather.

Buzzy and I had spoken about a month before the Anniversary party. It was clear to me over the phone that he held Mike in high regard and was happy to have heard from me.