THE OPENING ACT HEARD 'ROUND THE WORLD 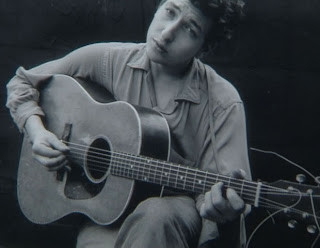 "There were earlier nights, at Izzy Young's Folklore Center on MacDougal Street and out in East Orange (where Dylan played Jimmie Rodgers's "Southern Cannonball"); later, there was Carnegie Hall, and the gone-electric boos at Forest Hills. But Gerde's was the official coming out, the start."

That, a quote from this LIVE FROM NEW YORK piece from New York Mag.

Some new details given....setlist, Hotel Dylan stayed at....nice touch. Accurate and tight paragraph in a New York nutshell. Couldn't have done it better myself. (Of course I can. It's my fucking blog, and what I say goes). But in a New Yorker's 'voice,' this paragraph says: Don't question whether Dylan starting at Gerde's matters. It matters, trust me.

The HuffPost got the word out in their entertainment section yesterday:


Dylan's opening act night at Gerde's was the "Opening Act heard 'round the world!"
Dylan's fan base, like the universe at this moment, continues to expand into regions unknown. They all learn, sooner or later, that he shot off like a rocket from Robert don't-call-me-Shapiro Shelton's review of the week of shows at Gerde's Folk City.