If ever there was a good (no, GREAT) name for an exhibit touting the one-of-a-kind homogenization of Greenwich Village art, poetry and music from the mid 20th Century, it would have to be FOLK CITY.

The name was first coined in May of 1960 by a trio (perhaps a duo) of New York Times music critic and Gerde's watering hole supporter, Robert Shelton and Charlie Rothschild.

Safe to say, Mike Porco, my grandfather and the owner and operator of Gerde's Restaurant, did not think of it himself. He never took credit for the name. All he did was keep the place running on all cylinders for 20 years after music became the focal point there on W. 4th and Mercer.

Porco always referred to Gerde's as 'us' and that 'we' discovered a lot of talent. There was no "I" in Gerde's. Mike also continually gave credit to Charlie Rothschild for coming up with the name itself and for taking over the booking duties after Izzy Young vacated that post in May of 1960.

Charlie may have never envisioned such a grand tribute to the phrase FOLK CITY back then. But here it is! Today was the day for the opening of a spectacular collection of artifacts, manuscripts and art that made up the Village scene.

Better yet, the collection of LIVING ARTISTS AND PEOPLE in attendance for the opening made the whole extravaganza simply astounding. I am fortunate to call many of Mike Porco's friends my own. And I was there, too. Grandpa would be proud that his flesh and blood experienced and enjoyed the mere mention of he and his club in such a prestigious exhibit. 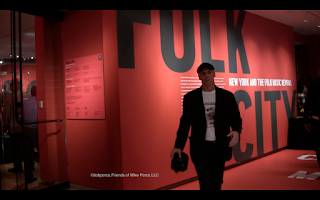 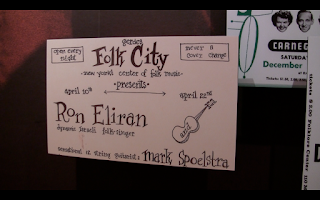 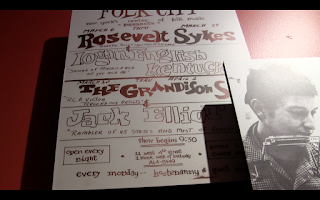 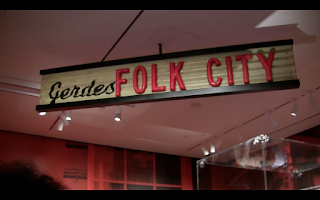 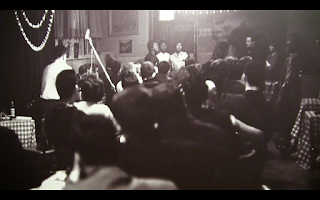 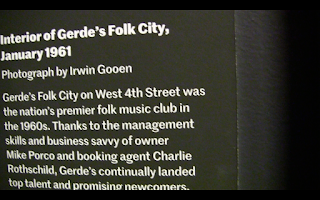 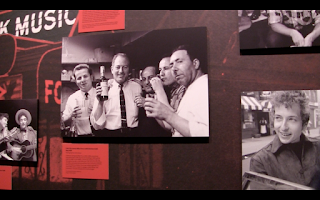 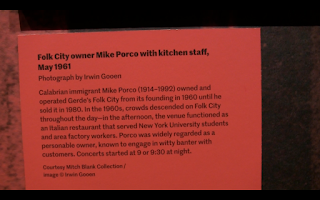 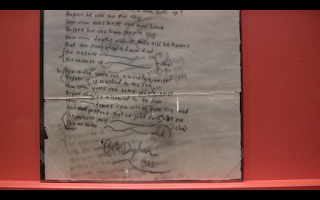 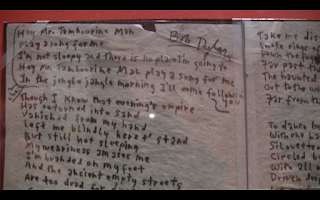